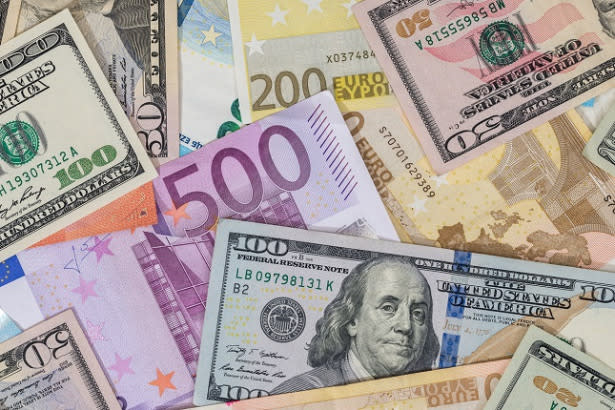 The Euro is trading sharply lower against the U.S. Dollar at the mid-session for a second straight day on Tuesday. Safe-haven buying of the greenback appears to be the reason for the weakness in the single-currency.

Tensions are being fueled by the situation in Afghanistan, China’s plans to regulate the internet sector, and the Delta variant COVID-19 surge which as forced some lockdowns.

In U.S. economic news, a much sharper decline than expected in Tuesday’s U.S. retail sales curbed some of the gains in the dollar, but that was offset by the higher-than-forecast rise in industrial production. The news may have added to the uncertainty over whether the Fed will announce the start of tapering at next weekend’s central bankers’ meeting at Jackson Hole, or the next Fed meeting on September 21-22.

The direction of the EUR/USD into the close on Tuesday will be determined by trader reaction to 1.1756.

A sustained move under 1.1756 will indicate the presence of sellers. The first downside target is the price cluster at 1.1706 to 1.1704. The latter is a potential trigger point for an acceleration to the downside with the next major downside target the November 4, 2020 main bottom at 1.1603.

Overtaking 1.1756 will signal the presence of buyers. This could trigger a short-covering rally into the resistance cluster at 1.1805 to 1.808.

Mystery mummies from Central Asia have a surprising ancestry. These people, who displayed facial characteristics suggesting a European heritage, … END_OF_DOCUMENT_TOKEN_TO_BE_REPLACED

By Kate Bennett and Kate Sullivan, CNN The White House said Wednesday it would not be hosting a traditional Halloween celebration this year due to … END_OF_DOCUMENT_TOKEN_TO_BE_REPLACED