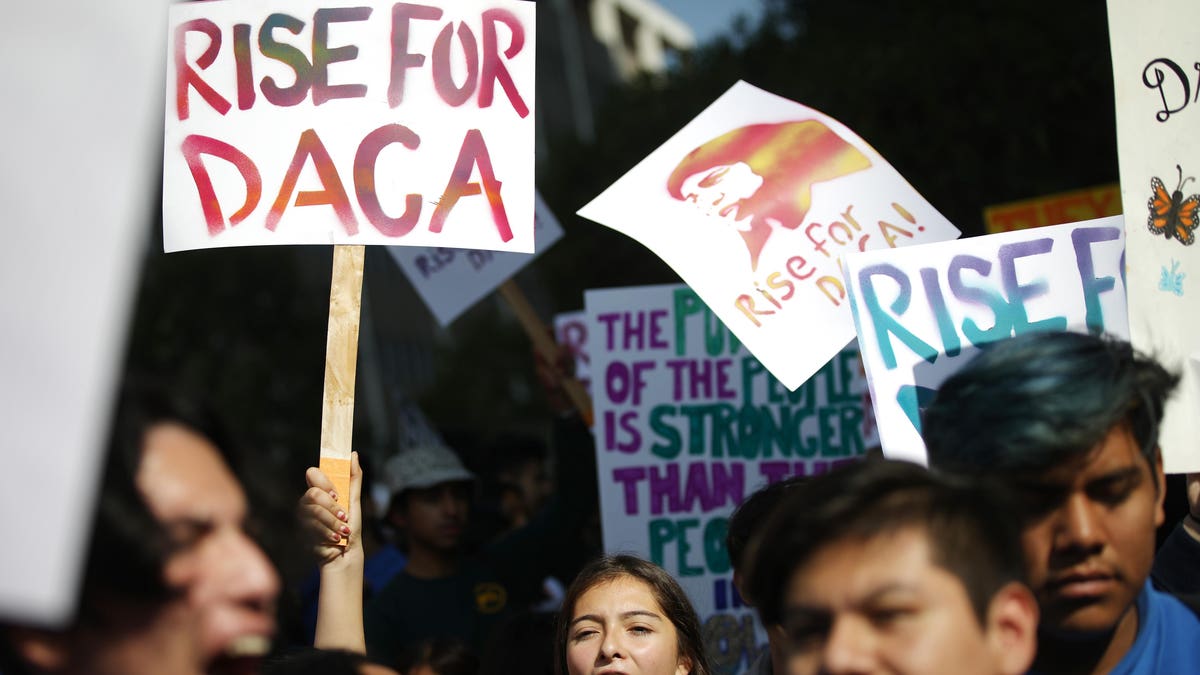 The U.S. government has grappled for nearly a decade over what to do with immigrants who arrived illegally as children with their parents, and that debate shows no signs of abating. Without legal status, these nearly two million young people who entered the country illegally in the last twenty-three years cannot be legally employed, obtain a drivers’ license, or access most government benefits.

In 2012 the Obama Administration established the Deferred Action for Childhood Arrivals, or DACA, which created a pathway for this cohort to legally work after completing high school.

The executive order proved to be contentious. After Donald Trump tried—and failed—to come up with a bipartisan plan to extend it, his administration then attempted to rescind it. In 2020 the Supreme Court rejected the rescission.

However, in July District Judge Andrew Hanen ruled that DACA is illegal and that the proper place of origination for this program is Congress. His ruling—which he stayed pending appeal—has put the lives of current DACA enrollees in limbo. The ruling should impel the members of Congress to redouble their efforts to achieve some sort of permanent legislative solution for this cohort that allows them to continue to obtain training and gainful employment, which would boost the employment and wages of U.S. citizens and increase GDP and tax revenue as well.

Earlier this year members of Congress introduced legislation called The Dream Act of 2021 that would extend DACA’s protection beyond the initial cohort of children who arrived prior to 2007. The House of Representatives has already passed similar legislation.

We have completed several studies that examine the economic impact of making DACA permanent or extending it to future cohorts of immigrants. Our last one applied the methodology we previously developed in those previous studies to estimate the economic impact of extending DACA protections to those who arrived as 16 or 17 year olds before 2007 or as children with their parents after 2007.

Once again, we find that such protections would serve to boost the educational attainment of this cohort, since it would greatly increase their returns to higher education. With a greater proportion of this group completing high school, attending college and completing an undergraduate degree, we estimate that the incomes for this group—and accompanying tax payments they would make—would go up as well.

Our analysis estimates that implementing this legislation would boost the income for this cohort by roughly $26 billion in the next decade, while increasing tax revenues by $20 billion. Making the original DACA permanent would increase tax revenues by nearly $90 billion, we found.

The estimates for the newest cohort are smaller than what we estimated for the previous ones simply because most of this group is much younger, which means that they will collectively spend many fewer years working during the ten year budget window. Most of the economic gains that would accrue to this group—and the country—would come beyond the next decade.

Since these children had no choice in the decision to immigrate, and may only dimly remember the country of their birth, we gain nothing by prohibiting them from legally working: they have no desire to leave the country and we appear to be unwilling as a country to take the draconian steps that would be necessary to deport a majority of this group.

Indeed, nearly three-quarters of the U.S. population appears to be in support of measures to help this cohort obtain a path to legally remain in the country and obtain legal employment.

There is also little evidence that this group will, on net, take jobs that would otherwise go to U.S. citizens. Instead, providing them the ability to obtain and use a college education will both make them more productive and reduce the extent to which they compete for jobs with low-income Americans.

What’s more, since the data show foreign-born workers are much more disposed to relocating for work, we suggested that DACA recipients would help stave off job decline in less urban areas of the country where skilled labor shortages persist.

Our analysis suggests that granting legal status to this next generation of Dreamers would be a win-win outcome: beyond the enormous gains that would accrue to this cohort, the whole U.S. economy also stands to benefit from letting them legally work in this country. The Dream Act of 2021 is legislation we should all support.

Kevin McGee, professor emeritus at the University of Wisconsin Oshkosh, co-authored this paper

BEIJING, Oct. 24 (Xinhua) -- The following is a summary of published science and technology news of China. SPACE STATION EXPERIMENT SAMPLES The first … END_OF_DOCUMENT_TOKEN_TO_BE_REPLACED