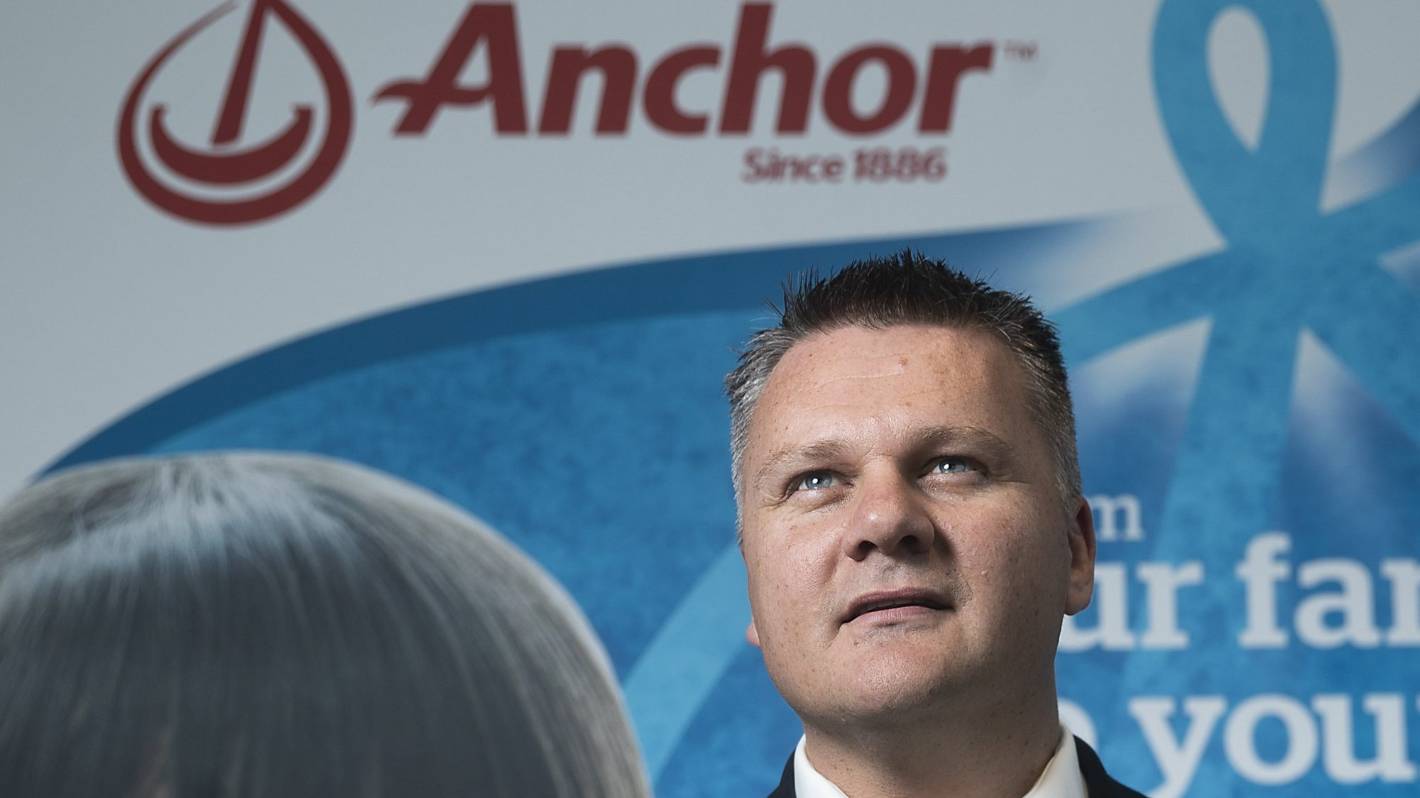 Much of New Zealand’s agricultural produce is sold as unbranded commodities on global markets. But that’s starting to change as companies discover there is value in heralding their Kiwi provenance.

“New Zealand has got a really strong story and that’s something that we haven’t really told in the past,” says Lincoln University agribusiness and food marketing programme director Dr Nic Lees. “We are making progress. I think we have started on that journey.”

Fonterra, the country’s largest dairy company, has been vocal about its shift in focus under new chief executive Miles Hurrell. Where his predecessor Theo Spierings envisaged the co-operative becoming another big global conglomerate like Danone or Nestle, Hurrell has sold off overseas assets and pulled back to New Zealand to focus on getting more value from the “white gold” produced by local farmers.

Hurrell says Fonterra is only now amplifying the New Zealand provenance message it always knew it had as demand has increased across its global markets to know more about the origin and purity of food.

“Customers want to know where their food comes from, the makeup of that food and the story that goes with it and we have a wonderful story to tell here,” he says.

“You only have to look around to see some parts of the world to know that we live in paradise down here in New Zealand and customers and consumers are looking for a bit of that in the foods that they consume.”

Customers want to know where their food comes from, the makeup of that food, and the story that goes with it, and we have a wonderful story to tell here, says Fonterra chief executive Miles Hurrell.

Fonterra has flagged that it expects milk volumes to flatline or decline over the next decade, with constrained supply and continued demand expected to push up prices.

Fonterra’s ingredients and foodservice customers are already agreeing to pay more for the co-operative’s New Zealand milk credentials to meet demand for provenance from their own customers, he says.

Rival processor Synlait Milk is also seeing value in its New Zealand provenance, as it branches out from being a manufacturer of products for other companies to developing its own New Zealand brands as part of a strategy to sell higher priced goods overseas.

“There are lots of opportunities for our business and other businesses in New Zealand to own more of the value chain, to take a bigger slice of it rather than giving too much of it away in commodity prices for businesses abroad to realise the full benefit from,” Synlait’s director of sustainability and brand Hamish Reid said in October when launching the company’s first product under its own brand.

“We could be producing way less food with a lower environmental impact and we could be selling it for a lot more if we are smarter,” he said.

New Zealand has got a really strong story and that’s something that we haven’t really told in the past, says Lincoln University agribusiness and food marketing programme director Dr Nic Lees.

Lincoln University’s Lees laments that New Zealand doesn’t have a national body armed with Government funding like the tourism industry to promote the country’s food credentials. Instead, companies are each in the process of identifying the unique aspects of New Zealand to include in their branding.

He notes the country’s mild climate and high levels of ultraviolet light allow animals to be grass-fed in open pastures year round, giving New Zealand an edge over similar producers like Ireland where animals have to be housed over winter.

Beef and Lamb NZ is rolling out an overarching Taste Pure Nature origin brand for the meat industry after finding overseas consumers knew the country’s scenic vistas from the Lord of the Rings movies but “next to nothing” about how animals in New Zealand were farmed.

That produces meat that’s leaner, more finely textured and nutritionally better for you, the company says in its marketing. Compared to being grain-fed, grass-fed meat is lower in saturated fat, and higher in vitamins A and E, conjugated linoleic acid and omega-3 fatty acids, it says.

Kiwi grass-fed meat company First Light has garnered a cult following in the US, with business magazine Forbes calling its premium wagyu beef “the best in the world”.

Lees says creating a strong brand that connects with consumers lessens the risk that your products could be substituted.

It’s important to have some very high premium products in export markets, even if they aren’t sold in great volumes, as they can lift the perception of all New Zealand products in what is known as a halo effect, he says.

“The more you get that recognition, the more it actually builds and supports the whole industry,” he says.

Examples include First Light’s premium wagyu beef, called out by US business magazine Forbes as “the best in the world”, Lewis Road Creamery’s ‘grass-fed and traditionally churned New Zealand butter’ which retails for about $10 for an 8oz (227g) pack in the US, and Cloudy Bay wine which can sell for over $100 a bottle in the US.

But contrary to the popular narrative, Lees isn’t advocating the country stop selling commodity products. He notes higher value products used in restaurants and foodservice suffered the most during the Covid-19 pandemic while commodities boomed and says we need commodity markets to handle larger volumes.

“We are a very efficient producer of certain products, and commodities are actually an important part of the mix,” he says. “When you’re selling a high-value product, you need to be able control the supply because if you have too much supply and you have to push that into your premium markets, it gets very hard to hold that premium price.”

Many may not realise that New Zealand exports a significant amount of bulk wine to be repackaged into affordable wine overseas, allowing producers to control the supply that’s going into the premium market.

Lees reckons about 80 per cent of New Zealand’s goods exports are in the commodity space, and says reducing that ratio to just 70 per cent would represent a huge addition of value.

He says another aspect of New Zealand’s unique provenance that is often overlooked is the Māori culture.

The Māori renaissance is seeing agri-food companies connect with Māori values, linked to intergenerational ties, caring for the land, and the indigenous story of New Zealand.

“That’s quite an exciting development. That’s something that we do have that is entirely unique. It’s been under-developed and under-appreciated,” Lees says.

“It’s quite powerful because it goes beyond just sustainability. It provides something that’s deeper and part of the unique nature of New Zealand.”

He cites Māori food and beverage producer Kono which has incorporated tikanga Māori into its businesses spanning vineyards, orchards, mussel and oyster farms and a craft brewery.

Kono chief executive Rachel Taulelei says the company works intergenerationally and has a responsibility to ensure its assets and resources will still be here in 500 years.

“What is unique about New Zealand is the land, and how our food is connected to that land,” Lees says. “We have quite a unique story in New Zealand. We were the last country that was populated by humans and an incredibly young country from that aspect.

“Māori have got a very strong connection to the land and I think we don’t emphasise enough the nature of the way that our unique food comes from the land. We actually produce quite a unique product because of the way it’s grown.”

Lees would like to see the country develop a strong food identity that would benefit not only our exports, but also our tourist industry, encouraging people to come to New Zealand because they want to experience our food and wine.

That’s starting to happen, he says, noting the emergence of places like Monique Fiso’s Māori cuisine restaurant Hiakai in Wellington which Lonely Planet named the best indigenous food experience in the world.

Still, while developing the New Zealand food story is important, consumers value quality above all else.

“Research has found that having values around environmental sustainability and how the product is produced can’t make up for poor quality,” Lees says. “Consumers are looking for a quality eating experience, and nutrition and flavour always come out higher than these other values.

“You have to focus on having a very high quality product that delivers an exceptional flavour and eating experience to consumers. Then those other things build onto that. If you can combine the two, you have a very strong position.

“New Zealand has that potential because we do produce very high quality products and we can build a story around that that adds to the product and makes it more attractive.”

A risk for the country’s burgeoning provenance story is if the reality doesn’t live up to the promise.

New Zealand is fortunate to have a good environmental image overseas, Lees says, but it has faced criticism. An article in The Economist in 2017 and an ABC Foreign Correspondent documentary this year both highlighted how dairy industry expansion has polluted waterways.

Lees says other countries have faced similar issues, and often worse, but warns customers are likely to demand more in the future.

“New Zealand has always been able to rely to some degree on our very good public image that we have had, rather than necessarily having to validate or prove that to customers and I think that’s one of the things that’s been a weakness,” he says.

“Things tend to get left until they can no longer be avoided. We are not very good at getting ahead of the ball.”

Fonterra’s Hurrell says New Zealand as a whole has to step up, as the country will be measured by the lowest common denominator.

“As an agricultural sector we need to ensure that all the sector continues to move along and change as appropriate,” he says. “You will get some that drag the chain and our job is to ensure that we bring everyone on the journey and show them there is value for everyone by doing ultimately the right thing.”

A new study shows that through aerosol formation and growth, the forests are capable of mitigating climate change and have a regional effect on the … END_OF_DOCUMENT_TOKEN_TO_BE_REPLACED

Mermaid bounce house combo rental New Orleans. It has a slide, basketball goal and basketball goal. About to Bounce inflatable rentals. View About to … END_OF_DOCUMENT_TOKEN_TO_BE_REPLACED