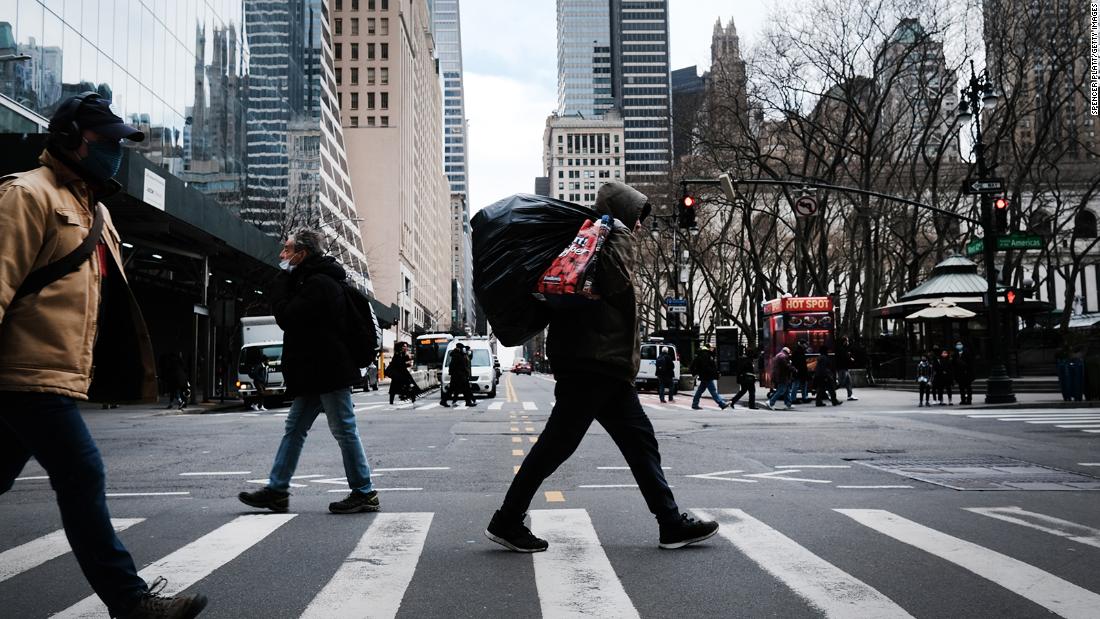 These are the kind of jobs that usually aren’t hard to fill … or at least the kind of jobs that people have no other choice but to take. I’m talking about fast-food gigs, and the entry-level positions that traditionally can fill quickly with just a “Help Wanted” sign. But right now, so few people seem interested in these types of roles that IHOP hosted a “National Recruiting Day” in many locations, and Taco Bell made it easier for applicants to interview from their car. A McDonald’s in Florida is said to have even offered people $50 — not as a “hiring bonus,” but just to show up for the interview.

The problem, as we talk about on tonight’s episode of “United Shades of America,” has to do with wealth inequality, which the Covid-19 pandemic has thrown into sharp relief. (Remember the pandemic? I hope you do, since it’s still happening.)

Over the past year, “The Haves” have worked “The Have-Nots” overtime, just so “The Haves” could have even more while the “Have-Nots” are fighting for a better minimum wage. And this isn’t just some college dropout comedian saying this. At his first address to Congress, President Joe Biden sounded like he’d just finished watching a Sen. Bernie Sanders speech: “Twenty million Americans lost their jobs in the pandemic — working and middle class Americans,” he said in April. “At the same time, roughly 650 billionaires in America saw their net worth increase by more than $1 trillion … and they’re now worth more than $4 trillion.”And they may not be billionaires, but people who invest in the stock market are certainly another group who made money during the pandemic. At the end of 2020, the stock market hit record highs — and keep in mind that more than 80% of the stocks in this country are owned by the richest 10%. (Now I sound like Bernie Sanders.)

So all of those publicly traded companies having a hard time finding employees? All they need to do is take some of that “record high” profit and, instead of giving it to stockholders, offer their applicants more — an extra dollar, or two, or three, or whatever it takes — onto their starting wage. Maybe the “dollar menu” becomes the “two dollar” menu. Pay those workers more and offer those workers better benefits and worker protections (or just let them unionize), and voila! We can get back to “Would you like fries with that? What size? Large or jumbo?”

To be clear, this isn’t just about the currently unemployed. Increasingly, there are people who work for these companies that don’t want these positions, either. Around the country, people are walking off the job to protest low wages and working conditions, and on their way out the door some are posting new signs. But instead of “help wanted” these signs basically read, “these jobs are not wanted.”To talk about this issue, “United Shades” traveled to South Carolina. Sen. Lindsey Graham’s state is one of the poorest in the country, but it also has oceanfront properties, scenic views and historic mansions that are being gobbled up by the rich and the even richer. And all that property gobbling is happening in a state that puts more pressure on the poorest people who were already feeling the pressure.Before the pandemic, economic advocacy group Prosperity Now estimated that 40% of Americans were a missed paycheck or unexpected bill away from being out on the streets. And now that we’re in the pandemic, folks are missing all the paychecks. How do we call the US a civilized society when the people at the top of the economy are doing better and better, while the people at the bottom are doing worse? On top of that, we live in a culture that frames it as their fault, when all the evidence shows it’s the system that’s failing. And the people at the top could make it a wee bit better for the people at the bottom. All they would need to do is to do the same thing rich people from previous generations did: not be so historically greedy, and pay a fair share of their taxes.In the episode, I took a Zoom class with Professor Richard Wolff, a Marxian economist who shared how the leaders of the country thought about wealth back in the day. “In both World Wars I and II, the United States’ President and Congress passed what was called an excess profits tax. And here’s what it said: If, during a war, when we’re asking young men and women to risk their lives, their health, their bodies to fight for this country, it is unconscionable that others who are not risking make money off this war.” And then, like a good teacher (or even a good TV host) Professor Wolff tied history into the present moment. “Here we are in a war; it’s not a war with a military adversary, it’s a war with a disease. And by the way, it has already killed more people than some of the wars this country has been involved in. And we haven’t done anything, we haven’t even seen a proposal to say the people who made money during the pandemic, that money has to go to help the society.”Before you think I skewed the findings of this episode by talking to an admitted expert in Marxism, I also talked to Stephen Prince, an admitted wealthy person. How wealthy? He wouldn’t tell me, but he did let it slip that he owns a plane. So, he’s doing all right. Stephen is a part of a group called Patriotic Millionaires. They believe that rich people should pay a higher tax rate. And he doesn’t just think that the higher tax rate should stop with rich people. He told me, “Ninety-one of the top 500 companies in America [in 2018] paid zero in income taxes. Zero. But that’s not right. We can’t rebuild the highway system. We can’t house the homeless. We can’t do those things if large corporations aren’t paying any taxes.” And the reason why those corporations are able to pay so little of an already low corporate tax rate (lowered to 21% under President Trump) is because of the loopholes.Hearing about how all these super wealthy people are working so hard to keep so much really made me question the nature of American capitalism. Other countries have rich people, but they also have free healthcare and free or inexpensive higher education. They have a social safety net that keeps people from falling off the economic cliff. They have things like state-sponsored childcare and parental leave. And let me be clear, I’m not talking about the super wealthy people of one particular party. All the billionaires are complicit here, from the right-wing ones to the left-wing ones to the ones who get to host “Saturday Night Live” for no good reason.One person who I talked to about this is Germaine Jenkins. Germaine runs Fresh Future Farm, a farm that is smack-dab in the middle of an economically struggling neighborhood. Germaine didn’t start this farm to be rich. She started it to help people like her, people who don’t have access to affordable and healthy food. And she really cares about her people. During the height of the pandemic when her customers weren’t leaving their homes, Germaine and her crew would drop off care packages of not only food but toilet paper and PPE. And here’s the key part: It was all free. She even helped with financial assistance. And again: It was free.

Germaine knew that people who were struggling before a pandemic would be struggling even more during one. Imagine if Amazon, Wal-Mart, Instacart, or any of the chain grocery stores had that approach. Imagine how much better the poorest people would be today if all those successful companies had said, “If you are struggling right now, we will give you what you need.”

Throughout the episode, I asked people a question inspired by a social media post from Rep. Alexandria Ocasio-Cortez. She makes the case that, by definition, you can’t have billionaires without inequality. I was curious what Germaine thought about that idea. Germaine kept it simple.

“We should have a society where everybody who’s born here can eat, live, be educated. So if one has to be lost in that mix, my vote is for taking care of the masses.” I asked if she was worried about the billionaires in her ideal society. She replied, “They’ll be all right.”

I agree with Germaine.

Mystery mummies from Central Asia have a surprising ancestry. These people, who displayed facial characteristics suggesting a European heritage, … END_OF_DOCUMENT_TOKEN_TO_BE_REPLACED

By Kate Bennett and Kate Sullivan, CNN The White House said Wednesday it would not be hosting a traditional Halloween celebration this year due to … END_OF_DOCUMENT_TOKEN_TO_BE_REPLACED