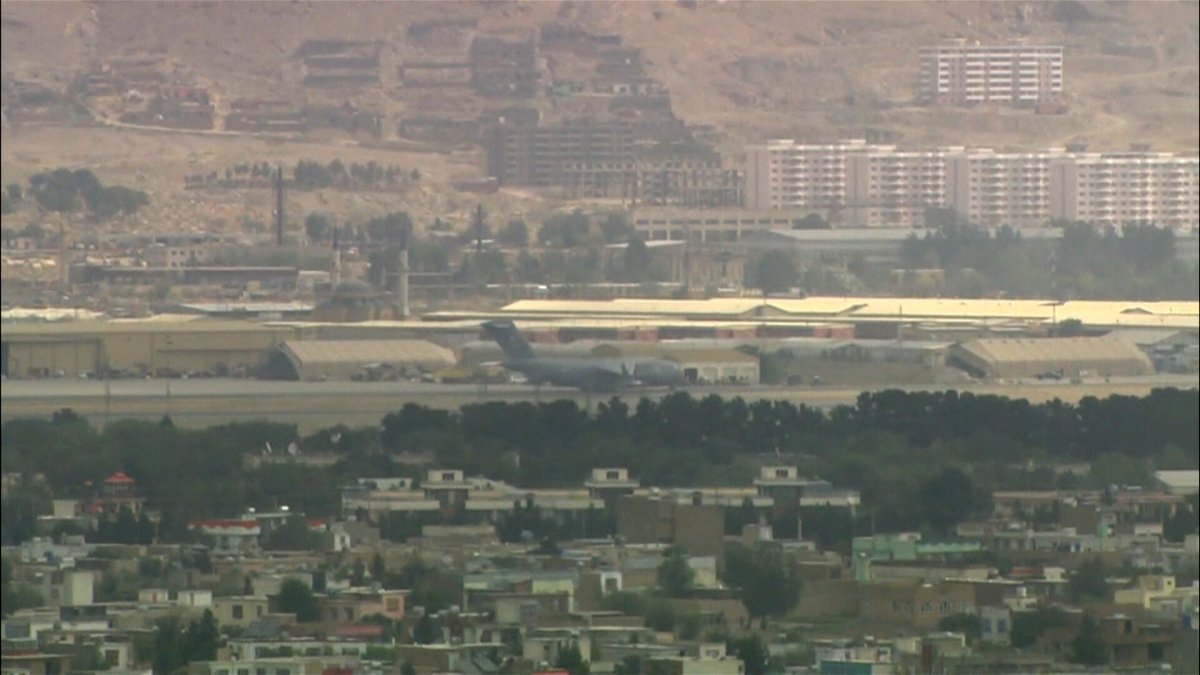 A recently published US Air Force account of the final days of America’s evacuation from Afghanistan reveals more details about the chaotic scenes at Kabul’s airport, including an attempted hijacking of a commercial airliner.

The account, published Tuesday on the Air Force’s website, was written by Lt. Col. Kristen Duncan, a public affairs officer for the 23rd Wing, which deployed to Afghanistan this summer. During the evacuation operation, as US Air Force C-17s began steadily arriving at Hamid Karzai International Airport in Kabul, Duncan wrote that airmen from the personnel recovery task force began tracking passengers departing the airport.

“On one occasion after they received an intel tip, five people onboard one of the commercial flights intended to hijack the aircraft,” Duncan wrote.

“‘Our team worked to get them clear of the NATO ramp, relocated to the north side away from friendly forces, then ultimately onto the south side where the situation was handled,’” she wrote, quoting Lt. Col. Brian Desautels, the commander of the 71st Rescue Squadron and the leader of the airmen at Kabul.

While Duncan’s published account offers few details on the attempted hijacking, it provides fresh insight into the US’ frantic withdrawal from Afghanistan in August, when American military personnel rushed to evacuate themselves, as well as other Americans and Afghan allies, from the country after it fell to the Taliban.

Duncan does not specify which carrier or on what day the flight left, and there is also no information provided about the five people removed from the flight and whether they were detained or released.

Duncan said that Desautels had reached out to the Combined Forces Air Component Commander, who said aircraft could take off from a taxiway if needed.

“‘The strategic message: we would have a runway,’” Desautels said, according to Duncan’s account.

Duncan also described another scene at Kabul’s airport in which an officer came under “effective sniper fire” as expeditionary rescue squadrons helped secure a part of the airport for medical treatment.

“‘One of our captains was on the rooftop taking effective sniper fire,’” Duncan quoted Desautels as saying. “Every enemy combatant was taking every opportunity to incite more chaos in what was already a chaotic event.”

Though the US fully withdrew all military personnel from Afghanistan in late August, marking the end of America’s longest war, some US citizens were left in the country and later evacuated.

The withdrawal, which began earlier in the summer and picked up speed as an August 31 deadline approached, also turned deadly after a terrorist attack at Kabul’s airport killed 13 US service members.

We will now shift to cover the coronavirus taskforce briefing, where public health officials are giving an update on the Omicron variant. The CDC … END_OF_DOCUMENT_TOKEN_TO_BE_REPLACED

CRUDE OIL OUTLOOK:Crude oil prices seesaw as OPEC+ opts to stay the course on output riseAll eyes on US jobs report ahead as markets consider … END_OF_DOCUMENT_TOKEN_TO_BE_REPLACED