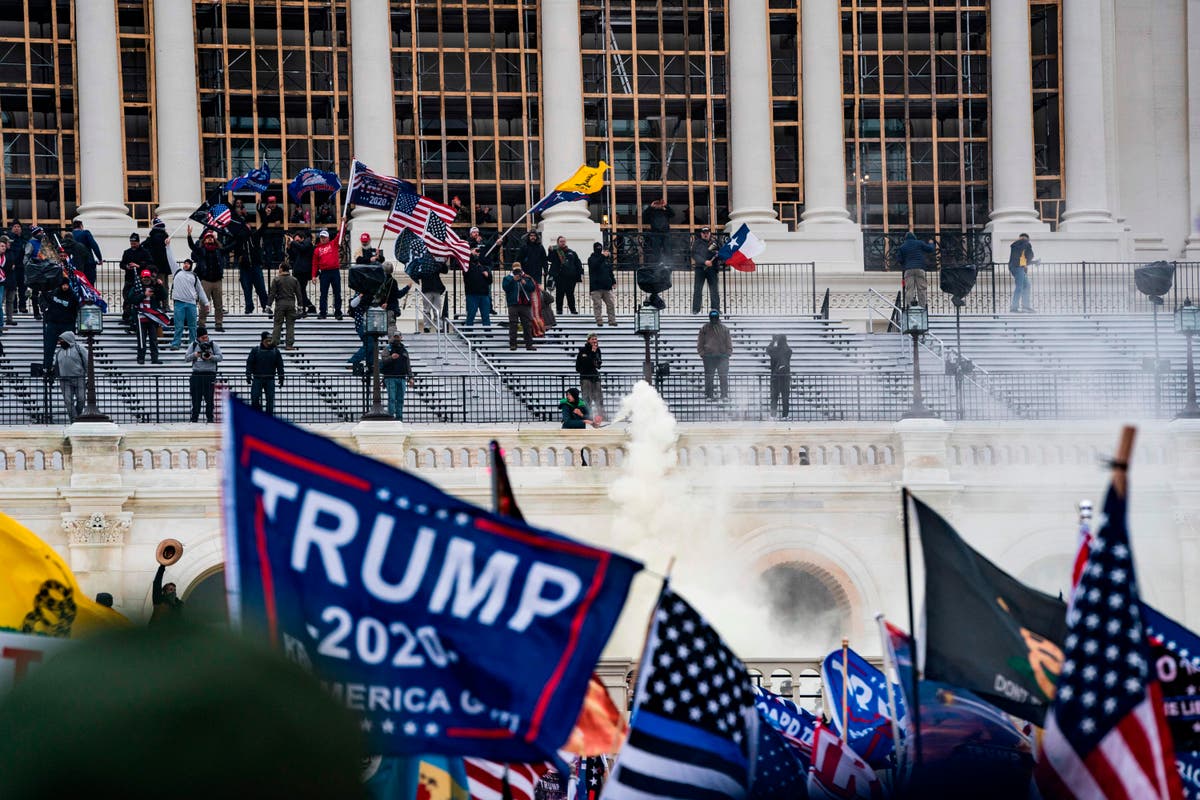 A former adviser to the 9/11 commission and a top House Democrat have urged President Joe Biden to establish a presidential commission to investigate the Capitol riot after Senate Republicans blocked its creation.

US Rep Gerry Connolly, who chairs the House Governmental Operations subcommittee, called on the president to form and appoint members to his own commission “in light of the GOP’s cowardly filibuster” ahead of a vote that would have created a bipartisan group to probe the events surrounding the insurrection on 6 January.

Lance Cole, who served as a legal adviser to the 9/11 Commission that lawmakers modelled their riot commission after, argued that the president should use his executive authority to create the commission to investigate “the worst attack on the Capitol since the War of 1812 and the worst act of insurrection in the United States since the Civil War.”

“Biden can and should create a blue-ribbon commission to investigate the attack,” Mr Cole wrote in The New York Daily News.

“Biden would be following the examples of past presidents from both political parties who responded to national crises with decisive executive action,” he added. “Americans deserve to know exactly what happened on [6 January] and why, and the public should have well-founded assurances that changes will be made to prevent similar attacks on government institutions in the future.”

Their calls follow the Senate’s failure to take up a measure – negotiated among both Democrats and Republicans – that would appoint bipartisan membership to a commission, with witness testimony subpoenaed only with the support of a majority of the commission’s members, or if the chair and vice chair (each appointed by Democrats and Republicans, respectively) agreed to issue the subpoena.

The commission also would have had to submit a report to the White House and to Congress by the end of the year and dissolve 60 days after, roughly nine months before 2022 elections.

A measure to begin debate on the proposal failed on Friday by a vote of 54-35. Eleven senators – nearly all Republicans – skipped the vote. Democrats Kyrsten Sinema and Patty Murray did not vote; six Republican senators joined Democrats to support it. The measure needed 60 votes to move forward.

The proposal passed the House of Representatives on 19 May, with 35 House Republicans breaking from their party to support it.

Democratic Senators argued that Republican opponents of the commission are afraid of former president Donald Trump and his looming influence and, crucially, losing a base of support that continues to believe the election lies that he refuses to shut down, and which fuelled the riot in the first place.

“An insurrection without consequences is a dress rehearsal for the next insurrection,” Democratic Senator Dick Durbin said on Thursday. “That is why we cannot sweep the events of 6 January and what led up to it under the rug.”

The White House has not announced whether Mr Biden would appoint such a commission, or whether he has urged the House of Representatives to pursue a special committee.

“The president has been clear that the shameful events of 6 January need to be independently and fully investigated,” White House deputy press secretary Karine Jean-Pierre told reporters on Friday. “He remains committed to that, and we will continue to work with Congress to find a path forward to ensure that happens.”

Asked whether he has considered forming a presidential commission, she said “he truly believes that this should be done … in bipartisan way.”

“We have to remember, when it passed the House, it was a bipartisan pass where 35 Republicans voted for it, and he believes the Senate should do the same,” she said.