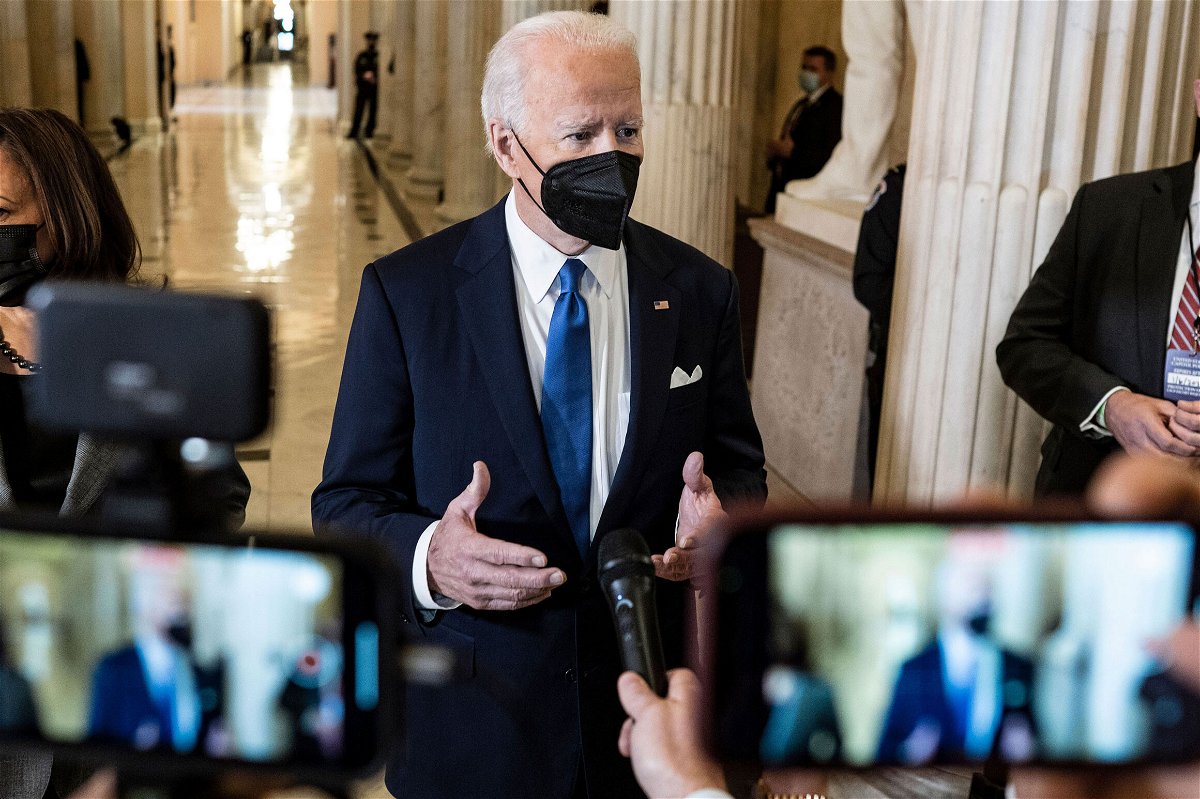 President Joe Biden has the lowest Senate confirmation rate of first-year nominations among the last three presidents, according to a new report from a group that studies presidential transitions.

“In Biden’s first year, the Senate confirmed only 41% of his nominations. While a small number were withdrawn by the president, 118 were ‘returned’ at the end of the Senate’s session — meaning the president would either have to nominate that person again in the next session or nominate someone else,” according to the report from the Center for Presidential Transition, a nonpartisan group based in Washington, DC.

The group, which said its data represents “nominations for all civilian positions including ambassadors, judges, marshals and US attorneys,” reported that as of last week, 171 of the nominations Biden made in 2021 are still awaiting a vote.

Biden’s 41% continues a downward confirmation rate trend among recent presidents, the group said, noting that 75% of George Bush’s first-year nominees were confirmed, while 69% of Barack Obama’s were approved and 57% of Donald Trump’s were OK’d by the Senate during his first year in office.

The center said that across Cabinet departments, the Department of Veterans Affairs had the highest percentage of Senate-confirmed officials in place, 85%, with the Department of Homeland Security having the second-highest number, 65%.

Biden has had a particularly hard time getting his nominated ambassadors through the Senate.

CNN reported last month that the Senate had confirmed more than three dozen of the President’s nominees to ambassador posts after Sen. Ted Cruz, a Republican from Texas, ended a months-long blockade on quick consideration of the diplomatic nominations.

The new report said that during his first year in office, Biden had “the lowest confirmation rate in the past 20 years” for nominated ambassadors.

A new study shows that through aerosol formation and growth, the forests are capable of mitigating climate change and have a regional effect on the … END_OF_DOCUMENT_TOKEN_TO_BE_REPLACED

Mermaid bounce house combo rental New Orleans. It has a slide, basketball goal and basketball goal. About to Bounce inflatable rentals. View About to … END_OF_DOCUMENT_TOKEN_TO_BE_REPLACED