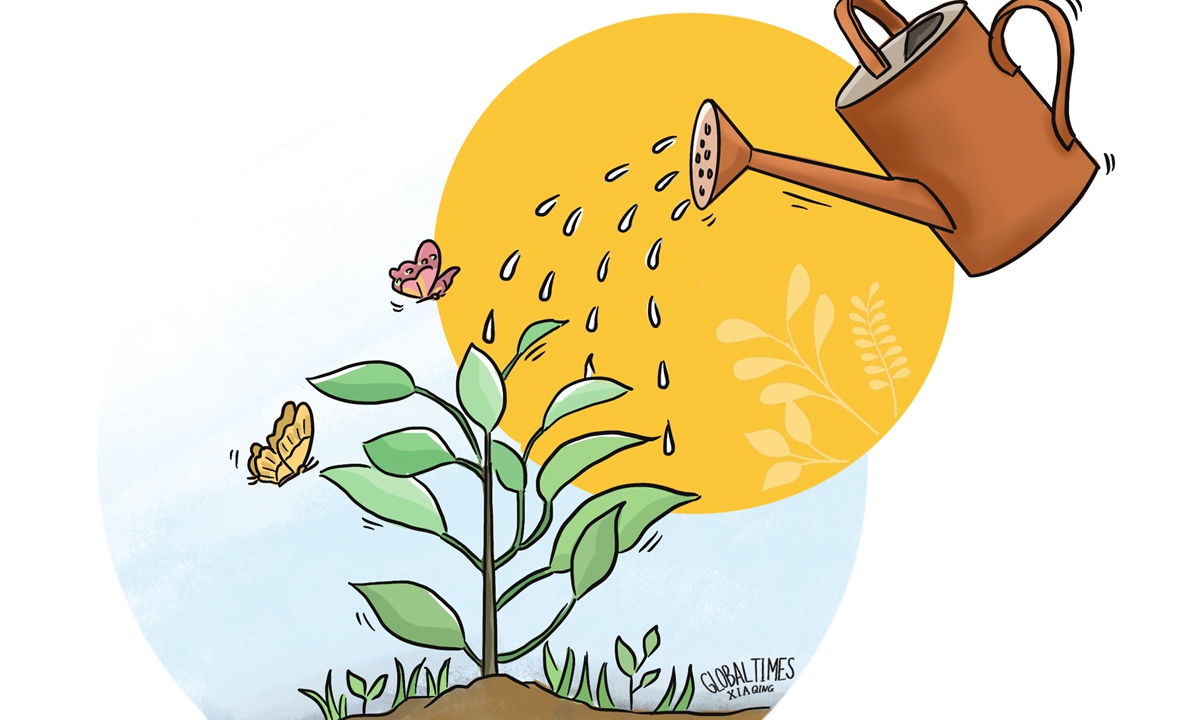 German Chancellor Angela Merkel received her discharge papers on Tuesday, formally marking the conclusion of her 16-year reign as Chancellor. An iconic figure on the global stage, Merkel has been largely praised by world leaders. Within the EU, where she played a leading role for years, she was given an ovation at her final summit by leaders. In China, where she enjoys widespread popularity among officials and the public, she has been hailed as an “old friend” – an honor reserved for foreign nationals who contribute greatly to China’s development and global engagement.

However, amid the outpouring of tributes and praise, there was also no shortage of criticism of Merkel’s leadership and policies over the years. Notably, her leadership role in Germany’s and the EU’s approach toward China drew the most criticisms. In an opinion piece in September, the German state-owned broadcaster Deutsche Welle urged the country to “call off Angela Merkel’s Chinese love affair.” This week, the European edition of the US political news site Politico decried “Germany Inc’s China syndrome” in what appears to be an editorial dressed up as news.

Among the countless articles about Merkel’s China policy and future China-German ties, a rather gloomy picture has emerged. Deutsche Welle suggested that Berlin should adopt a “forceful position” on China, build an alliance with “like-minded countries,” and call China’s bluff, arguing that Merkel didn’t realize that Germany has “more leverage over China than it thinks it enjoys.”

The Politico article, while criticizing German businesses for “[looking] the other way” for decades, argued that German business leaders are now calling for a rethink of Germany’s approach toward China, suggesting companies face increasing difficulties in ignoring “human rights abuses” and would have to defend so-called “red lines.”

What these articles suggest is that with Merkel now gone, Germany should adopt a hostile approach toward China just because the two countries are not “like-minded” and because Germany has “more leverage.” German businesses should also abandon the Chinese market because of “the optics and on-the-ground realities of doing business in China and other autocratic states,” they suggest.

By that logic, Germany was forced to develop ties with China against its will just because German leaders did not know they had leverage over China? German businesses did not know or care about the optics and on-the-ground realities in China before and somehow with Merkel’s departure, they suddenly realize that? The absurdity and arrogance behind such insinuations are just too profound to fathom.

Just like any relationship between two parties, what drive China-Germany ties are mutual interests. China has been Germany’s biggest trading partner for a fifth consecutive year in 2020, surpassing the Netherlands and the US, with trade in goods reaching 212.1 billion euros ($258 billion). Germany exports over $100 billion worth of products – from vehicles to machinery to pharmaceutical products – to China each year. It does not require an economist to understand how much benefit this trade has brought to the German economy and its society. It also does not require an expert in international affairs to understand why Germany, under Merkel, pursued pragmatic cooperation with China.

As for German businesses in China, they know first-hand how important the Chinese market is for their operations, even if they have concerns in certain areas. According to the latest business confidence survey issued by the German Chamber of Commerce in China in February, German business remained optimistic about and committed to the Chinese market, with 77 percent of respondents expecting their industry to perform better in China than in other markets in 2021, 72 percent expecting rising turnover in China and 56 percent forecasting higher profits.

Indeed, Merkel has played a vital role in growing trade ties between China and Germany and the EU over the years. However, her departure does not mean the massive mutual economic and trade interest will suddenly disappear. As long as both sides maintain mutual respect and focus on the mutual interest, there is no reason to believe that China-Germany trade ties are in jeopardy.

The author is a senior editor at the Global Times. bizopinion@globaltimes.com.cn

We will now shift to cover the coronavirus taskforce briefing, where public health officials are giving an update on the Omicron variant. The CDC … END_OF_DOCUMENT_TOKEN_TO_BE_REPLACED

CRUDE OIL OUTLOOK:Crude oil prices seesaw as OPEC+ opts to stay the course on output riseAll eyes on US jobs report ahead as markets consider … END_OF_DOCUMENT_TOKEN_TO_BE_REPLACED