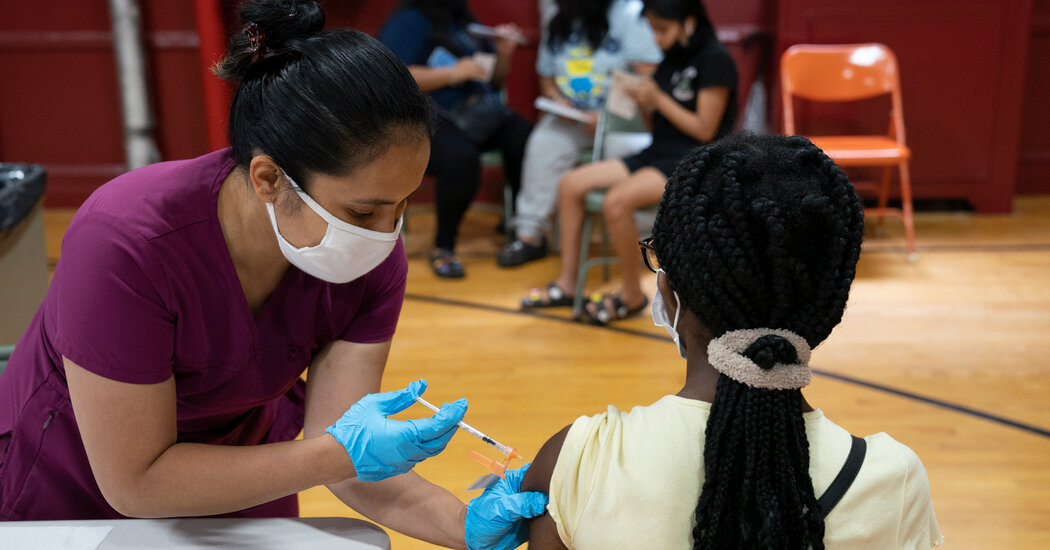 The Food and Drug Administration is pushing to approve Pfizer-BioNTech’s two-dose Covid-19 vaccine on Monday, further expediting an earlier timeline for licensing the shot, according to people familiar with the agency’s planning.

Regulators were working to finish the process by Friday but were still working through a substantial amount of paperwork and negotiation with the company. The people familiar with the planning, who were not authorized to speak publicly about it, cautioned that the approval might slide beyond Monday if some components of the review need more time.

The agency had recently set an unofficial deadline for approval of around Labor Day.

The approval is expected to pave the way for a series of vaccination requirements by public and private organizations who were awaiting final regulatory action before putting in effect mandates. Federal and state health officials are also hoping that an approved vaccine will draw interest from some Americans who have been hesitant to take one that was only authorized for emergency use, a phenomenon suggested by recent polling.

Some universities and hospitals are expected to mandate inoculation once a vaccine is fully approved. The Pentagon this month said it planned to make Covid vaccinations mandatory for the country’s 1.3 million active-duty troops “no later” than the middle of next month, or sooner if the F.D.A. acts earlier.

Once it obtains the approval, Pfizer-BioNTech is planning to quickly ask the F.D.A. to approve a third dose as a booster shot. The Biden administration on Wednesday announced that fully vaccinated adults should prepare to get booster shots eight months after they received their second doses, beginning Sept. 20. Pfizer is expected to finish submitting data that it says shows a third shot is safe and effective next week.

The F.D.A. last week updated its authorizations of Pfizer-BioNTech’s and Moderna’s vaccines to allow third doses for some immunocompromised people, a decision backed by the Centers for Disease Control and Prevention.

Regulators are still reviewing Moderna’s application for full approval for its coronavirus vaccine, and a decision could come at least several weeks after the one for Pfizer-BioNTech. Moderna is planning to submit its data in support of a booster shot in September.

Mystery mummies from Central Asia have a surprising ancestry. These people, who displayed facial characteristics suggesting a European heritage, … END_OF_DOCUMENT_TOKEN_TO_BE_REPLACED

By Kate Bennett and Kate Sullivan, CNN The White House said Wednesday it would not be hosting a traditional Halloween celebration this year due to … END_OF_DOCUMENT_TOKEN_TO_BE_REPLACED