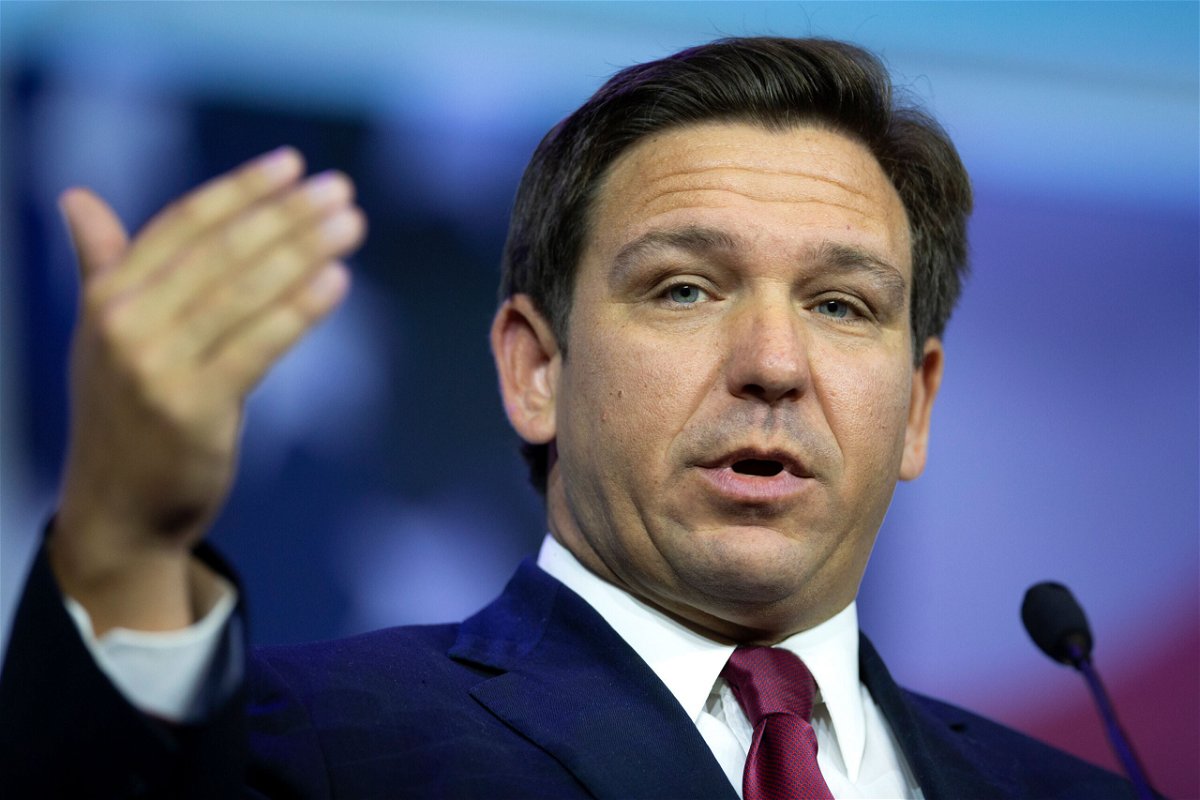 Florida Gov. Ron DeSantis has officially launched his campaign for reelection, setting the stage for what is expected to be one of the country’s most closely watched and expensive gubernatorial races of 2022.

DeSantis filed the paperwork to run for another four years on Friday, according to the Florida Division of Elections. At a press conference Monday, DeSantis — who is viewed as a potential 2024 presidential contender — ​called his decision to seek a second term ​a “formality” and indicated a larger rollout would be forthcoming.

The Florida politician has become one of the most recognizable Republican leaders in the country for his hands off approach to managing the coronavirus pandemic and his promise to keep businesses and schools open. DeSantis’ style has been heralded by Republicans and many businesses and vilified by Democrats, who blame the governor for the state’s deadly summer surge.

At its peak, more than 300 Floridians were dying a day from coronavirus and for a time the state represented one in five of the United States’ hospitalizations for Covid-19. The state’s case rate has since sharply dropped, though the state is still averaging nearly 100 deaths per day.

DeSantis, though, dismissed the death toll as a seasonal uptick in cases. DeSantis has vowed to challenge President Joe Biden over the federal government’s new coronavirus vaccine mandate for large corporations. Florida is suing the Biden administration to halt the vaccine requirements and is calling lawmakers into a special session to protect workers who choose not to get the inoculated against the virus.

A handful of Democrats are already campaigning for the chance to take on DeSantis, including US Rep. Charlie Crist, Agriculture Commissioner Nikki Fried and state Sen. Annette Taddeo. Crist previously was elected governor of Florida in 2006 as a Republican before becoming an Independent to run for US Senate. He was the Democratic nominee for governor in 2014, but lost to then-Gov. Rick Scott. Fried is the only Democrat elected to a statewide office in Florida.

DeSantis’ would-be challengers have sharply criticized his handling of the pandemic and have sought to paint the governor as anti-science.

But Democrats face an uphill climb to unseating DeSantis. They have not won a governor’s race since Lawton Chiles was re-elected in 1994. The party has narrowly but consistently lost races for state office over the past decade and it suffered a bruising defeat in the 2020 presidential election as former Presidential Donald Trump won Florida by a historically wide margin. Democrats also recently surrendered their long-time advantage over Republicans in voters registered by party.

Meanwhile, DeSantis has been on a cross-country fundraising blitz since the start of the year and has amassed a war chest of $58 million for his re-election through his political committee, Friends of Ron DeSantis. He has managed to coalesce Trump-loving conservatives and the powerful GOP-aligned businesses that bankroll campaigns here to become incredibly popular among Republican voters.

Amid his ascent, DeSantis is often discussed as one of the Republican Party’s top contenders to run for the White House in 2024 if former President Donald Trump forgoes another bid. DeSantis has dismissed such talk as premature, but has nevertheless embraced the national spotlight. He is frequently in demand to appear on conservative news outlets and as a speaker at Republican gatherings. For a time, his political website sold merchandise coast-to-coast with messages denigrating Dr. Anthony Fauci, the nation’s top infectious disease expert.

In addition to the governor’s race, Florida will also be a battleground for control of the US Senate. US Rep. Val Demings, an Orlando Democrat, is challenging incumbent US Sen. Marco Rubio, a Republican, in the 2022 midterms.

One fundamental tenet of science is its embrace of uncertainty. At its heart, true science understands that one cannot be 100 percent certain of … END_OF_DOCUMENT_TOKEN_TO_BE_REPLACED

By Betsy Klein, CNN The White House will tout a series of positive milestones for the administration’s pandemic response Tuesday as the nation … END_OF_DOCUMENT_TOKEN_TO_BE_REPLACED