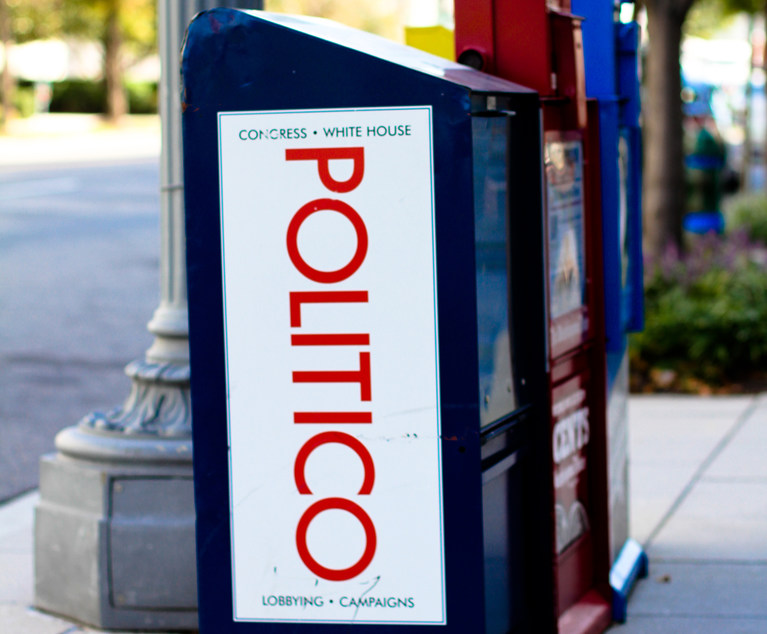 Axel Springer will gain the brands through the acquisition of Allbritton, LLC, with the transaction expected to close by the end of 2021, according to a company statement.

Headquartered in Berlin, Axel Springer is the largest digital publishing house in Europe, active in over 40 countries with key news brands such as Bild, Die Welt, and Insider.

The digital publisher had already been a joint venture partner with POLITICO since 2014, when launching POLITICO Europe together, but it will now take over the remaining 50% share. Tech news site Protocol will also be acquired as part of the deal.

A Freshfields team is being led by U.S. corporate M&A partner John Fisher and an international team of regulatory, tax, and data specialists and partners, the firm said in a statement.

A price was not disclosed by either party, though media reports placed the value at around $1 billion, according to a person familiar with the matter.

According to Axel Springer’s press statement, POLITICO’s founder Robert L. Allbritton said the sale was “to grow the business on a global scale,” something which “might be better advanced by a larger company with a significant global footprint and ambitions.”

Freshfields previously advised Axel Springer when the company delisted itself from the German stock exchange in early 2020.

BEIJING, Oct. 24 (Xinhua) -- The following is a summary of published science and technology news of China. SPACE STATION EXPERIMENT SAMPLES The first … END_OF_DOCUMENT_TOKEN_TO_BE_REPLACED