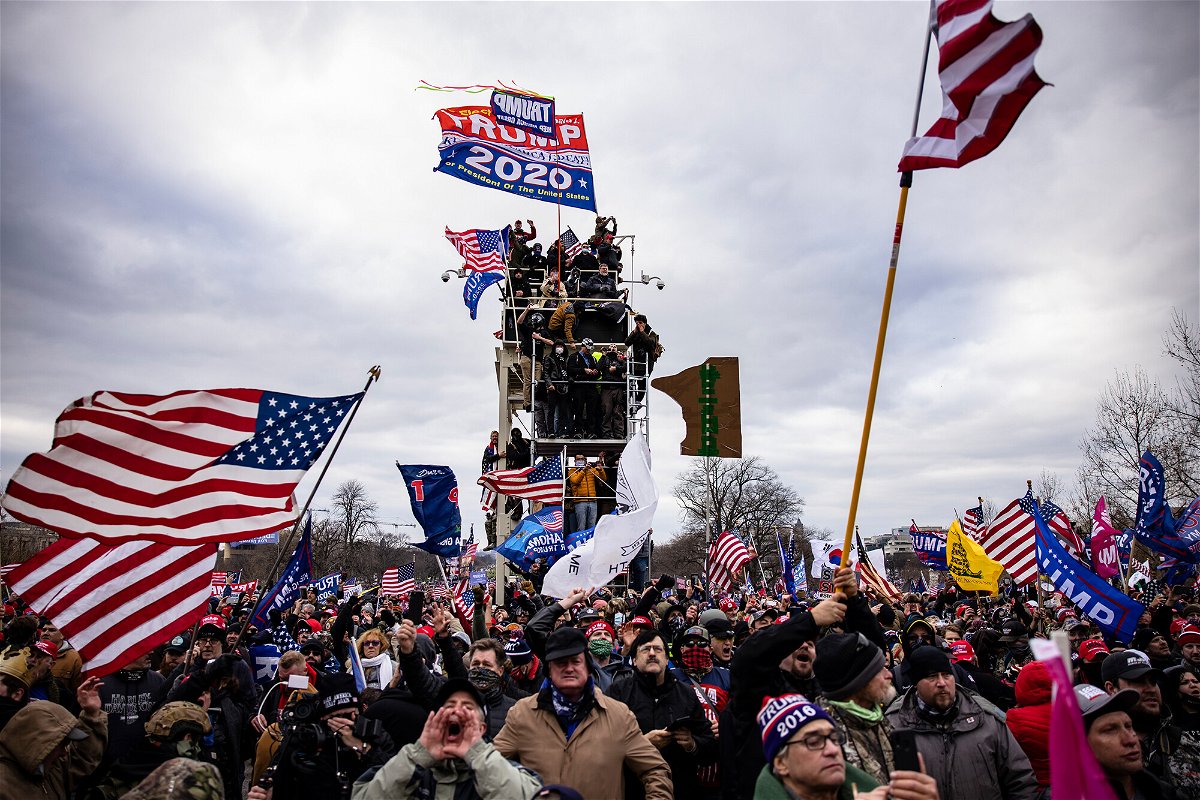 Specifics about former President Donald Trump’s efforts to keep secret the support from his White House for overturning his loss of the 2020 election were revealed in late-night court filings that detail more than 700 pages of handwritten notes, draft documents and daily logs his top advisers kept related to January 6.

The National Archives outlined for the first time in a sworn declaration what Trump wants to keep secret.

And the US House has told a federal court that Trump has no right to keep confidential more than 700 documents from his presidency, citing a committee’s need to reconstruct Trump’s efforts to undermine the 2020 election and his actions on January 6.

The court filings are in response to a lawsuit Trump brought nearly two weeks ago in which he is attempting to block congressional investigators from accessing hundreds of pages of records they requested from the National Archives, which inherited Trump’s presidential papers. The House presents itself as in agreement with the Biden administration, in an unusual show of inter-branch alignment, to oppose Trump.

“In 2021, for the first time since the Civil War, the Nation did not experience a peaceful transfer of power,” the House Committee wrote. “The Select Committee has reasonably concluded that it needs the documents of the then-President who helped foment the breakdown in the rule of law. … It is difficult to imagine a more critical subject for Congressional investigation.”

Trump’s court case is a crucial and potentially historic legal fight over the authority of a former president to protect his term in office, the House’s subpoena power and the reach of executive privilege.

Trump is trying to keep secret from the House more than 700 pages from the files of his closest advisers up to and on January 6, according to a sworn declaration from the National Archives’ B. John Laster, which the Biden administration submitted to the DC District Court on Saturday.

Those records include working papers from then-White House chief of Staff Mark Meadows, the press secretary and a White House lawyer who had notes and memos about Trump’s efforts to undermine the election.

In the Meadows documents alone, there are three handwritten notes about the events of January 6 and two pages listing briefings and telephone calls about the Electoral College certification, the archivist said.

Laster’s outline of the documents offers the first glimpse into the paperwork that would reveal goings-on inside the West Wing as Trump supporters gathered in Washington and then overran the US Capitol, disrupting the certification of the 2020 vote.

Those types of records could answer some of the most closely guarded facts of what happened between Trump and other high-level officials, including those under siege on Capitol Hill on January 6.

The records Trump wants to keep secret also include draft speeches, a draft proclamation honoring two police officers who died in the siege and memos and other documents about supposed election fraud and efforts to overturn Trump’s loss of the presidency.

Some of the questions Trump has raised in his lawsuit have never before been decided by a court. If Trump convinces judges to put Archives’ document productions on hold as the case makes its way through appeals, the delay tactic could cripple parts of the House panel’s investigation.

Generally, the House has sought records held by the Archives that speak to plans to disrupt the electoral count in Congress, preparation for the pro-Trump rallies before and on January 6 and what Trump had learned about the soundness of voting after the election.

The ex-President now claims he should have the ability to assert executive privilege even when the current President will not, and that the House’s requests for records from his presidency are illegitimate.

So far, the Biden White House has declined to keep information about the Trump White House leading up to January 6 private, citing the “extraordinary” Trump-led attempt to overturn the 2020 election and the ongoing bipartisan House investigation. And the Archives — represented by Biden’s Justice Department in court — has sided with President Joe Biden’s directions.

In its own court filing overnight, the National Archives backed the House’s request for access, arguing that the attack on the Capitol is worthy of waiving executive privilege.

“President Biden’s sober determination that the public interest requires disclosure is manifestly reasonable, and his to make,” lawyers for the Biden administration wrote in court.

The Archives has said it plans to begin releasing disputed Trump-era records to the House beginning November 12, unless a court intervenes.

Judge Tanya Chutkan of the US District Court in DC will hold a key hearing on Trump’s lawsuit on Thursday.

In recent days, the fight over the Trump-era National Archives documents has been heating up.

A bipartisan group of 66 former members of Congress, including some Republicans who had served in leadership posts, told a federal court earlier this week they support the US House in the case.

Their position comes in a “friend of the court” brief this week that Chutkan could look to for legal guidance.

The former members say the need for Congress to understand the January 6 attack shouldn’t be undermined by Trump, and they are urging Chutkan to reject his request for a court order that would stop the Archives from turning over documents.

“An armed attack on the United States Capitol that disrupted the peaceful transfer of presidential power — and not the document requests necessary to investigate it — is the only grave threat to the Constitution before the Court,” the former members write.

A group of government transparency organizations, law professors and other experts are also supporting the House, and the Archives turning over the Trump records, according to court filings.

The case also could play into the possible criminal prosecution of Trump ally Steve Bannon, who has defied a subpoena from the House January 6 committee by pointing to Trump’s challenge in court and the possibility the former President might try to claim communications with Bannon are protected. The House voted to hold him in contempt last week, and the Justice Department has said it is evaluating whether to prosecute him.

One fundamental tenet of science is its embrace of uncertainty. At its heart, true science understands that one cannot be 100 percent certain of … END_OF_DOCUMENT_TOKEN_TO_BE_REPLACED

By Betsy Klein, CNN The White House will tout a series of positive milestones for the administration’s pandemic response Tuesday as the nation … END_OF_DOCUMENT_TOKEN_TO_BE_REPLACED