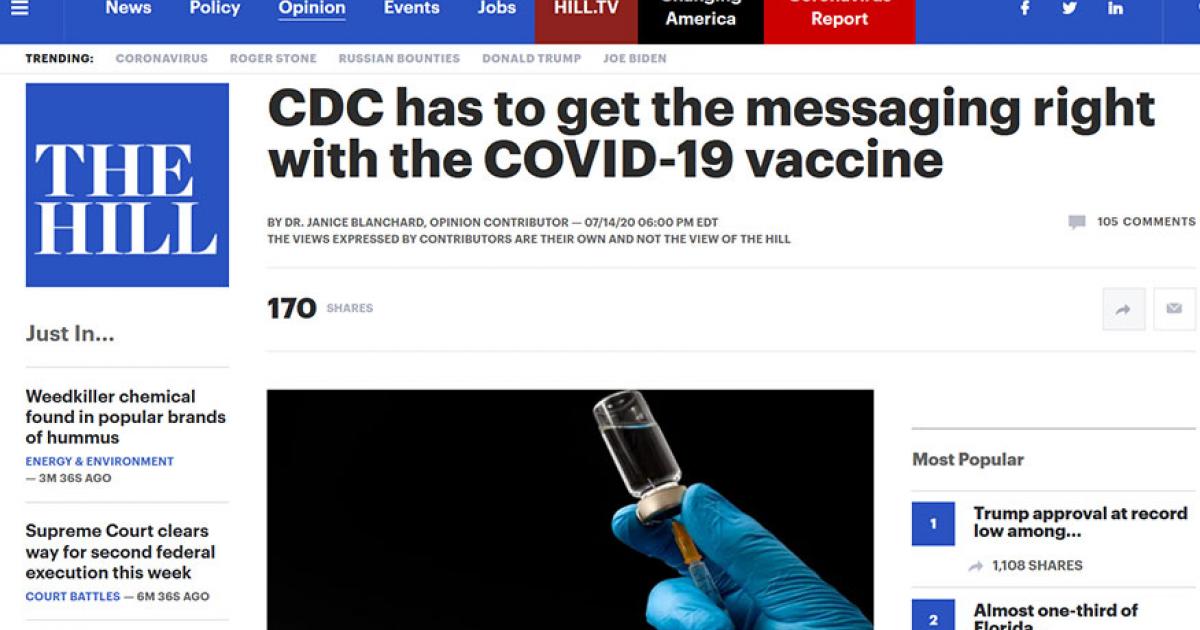 What Happened: The Hill was launched in 1994 as a free newspaper distributed in Washington, D.C.

While the print edition is still published and circulated in the nation’s capital in a 22,000 print run, the online edition is the largest independent U.S. political news site, with a staff of more than 100 journalists and an audience that averaged 48 million monthly users and 2.2 billion total pageviews in 2020. A digital video component, Hill.TV, launched in 2018.

“The Hill has a nationally recognized brand known for delivering balanced political reporting, as well as authentic opinions and perspectives, and is highly complementary to Nexstar’s national cable news network, NewsNation,” said Tom Carter, Nexstar president and chief operating officer. “According to the January 2021 Ad Fontes Media Bias Chart, The Hill and NewsNation are two of the most centrist of leading news outlets in the U.S.”

What Else: Jimmy Finkelstein, chairman of The Hill, was somewhat more bittersweet in announcing the acquisition.

“We have done this with mixed feelings,” Finkelstein wrote in a statement. “First, I realize with a heavy heart that it is time for me to move on to new ventures. Those will be known in the next several months. Yet at the same time I recognize with great pride all that we accomplished together and are about to produce.”

The acquisition announcement did not state if there would be any editorial changes under the new Nexstar ownership.

© 2021 Benzinga.com. Benzinga does not provide investment advice. All rights reserved.