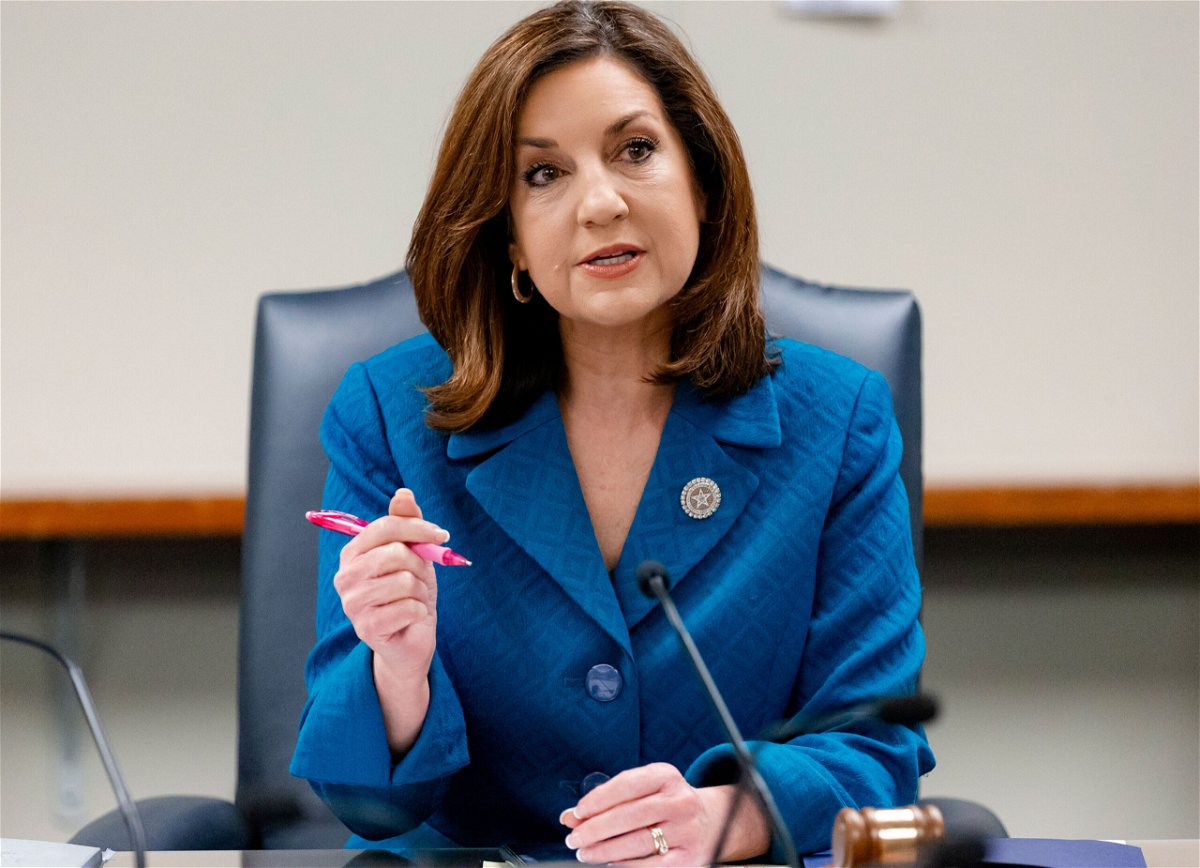 Oklahoma’s two-term State Superintendent of Public Instruction Joy Hofmeister announced on Thursday that she is switching her party affiliation from Republican to Democrat and challenging Republican incumbent Gov. Kevin Stitt in next year’s gubernatorial election, according to a video Hofmeister posted to Twitter.

“I believe Governor Stitt is running Oklahoma into the ground,” Hofmeister told the Tulsa World in an interview. “I am changing parties to run as a Democrat and that is because I also believe in the values of supporting public education, supporting quality and good access to healthcare, as well as rural infrastructure.”

Stitt’s handling of the Covid-19 pandemic was a top reason for Hofmeister’s decision to challenge the incumbent, and she told the Tulsa World that if Oklahoma “had a leader who contemplated expert advice and opinion and set an example to help protect Oklahomans, we could have avoided thousands of people dying.”

Like several other Republican governors nationwide, Stitt has targeted local school boards for their student mask mandates, challenging local officials in the Oklahoma City School District and the Cherokee Nation after signing a law in May that instituted a statewide ban on these mandates, CNN previously reported.

As of October 7, Oklahoma has suffered 9,213 Covid deaths and 622,335 confirmed cases, according to data from Johns Hopkins University.

Stitt’s reelection campaign said in a statement, obtained by the Tulsa World, “Oklahomans across the state overwhelmingly support Stitt’s results-oriented, conservative leadership. After decades of politicians leaving us in last place, Stitt has already established a proven track record of progressing Oklahoma towards Top Ten in critical categories while protecting our freedoms and core values.”

In an interview with KOCO, Hofmeister highlighted some other issues facing rural Oklahoma, saying, “I’m really interested in ensuring that we do have access to that high-quality health care. We know this has been an area that Oklahoma has struggled with, with rural hospitals,” citing resource and understaffing concerns. She also called for “broadband access all over the state,” stating that “it should be a basic utility.”

“It’s going to be a tough fight,” Hofmeister told the Tulsa World, acknowledging the steep odds she faces in a heavily Republican state. “But we can and we will bring Oklahoma forward, and it’s worth it and there’s too much at stake not to fight.”

Mystery mummies from Central Asia have a surprising ancestry. These people, who displayed facial characteristics suggesting a European heritage, … END_OF_DOCUMENT_TOKEN_TO_BE_REPLACED

By Kate Bennett and Kate Sullivan, CNN The White House said Wednesday it would not be hosting a traditional Halloween celebration this year due to … END_OF_DOCUMENT_TOKEN_TO_BE_REPLACED