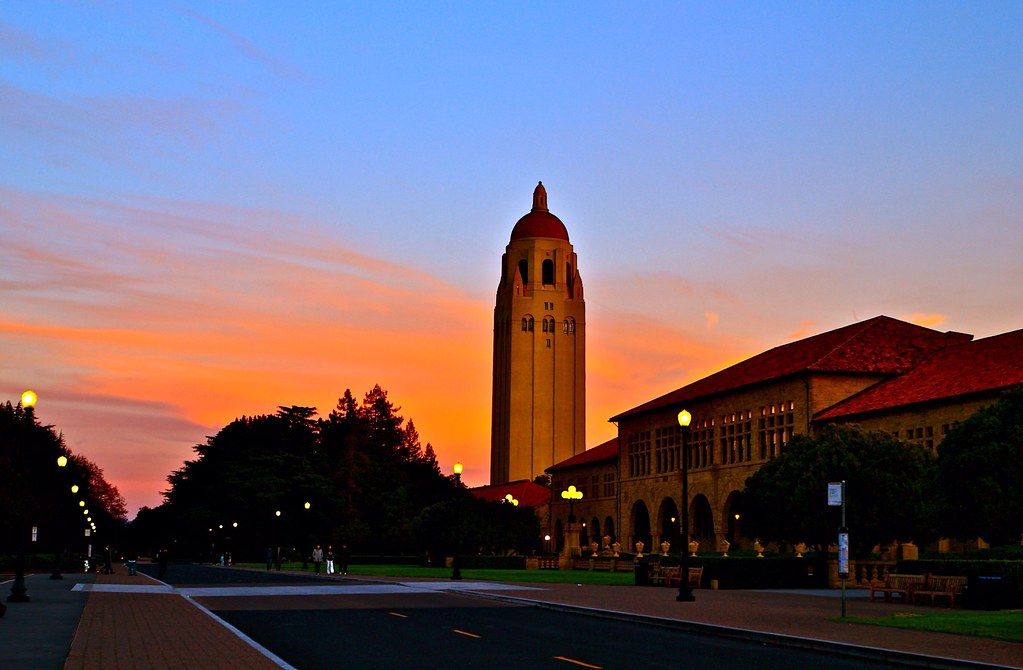 I took an astrophysics class last winter and hated it. It wasn’t that the teacher was poor or that my peers in the class were rude or dislikeable, I just didn’t like the class. But I was still grateful I took the class. If I hadn’t, I would’ve never known that I could never be an astrophysicist. It takes these experiences to learn that we don’t like certain things.

It’s easy enough to do this on academic subjects like physics, or French literature, or computer science, and it’s expected that people will end up with different preferences. Stanford encourages this type of exploration strongly. When it comes to politics, though, views at Stanford are surprisingly homogenous, and there’s not much pressure to change that.

I don’t think it’s really an issue if Stanford students share a lot of views; everyone here is entitled to their own opinion and deserves a space to express it. But for an institution that prides itself on the diversity of its students, and the diverse opportunities it tries to give to them, the lack of diverse thought is jarring.

What’s worse is that when there is disagreement, students have a hard time dealing with it. This is a major issue if we hope to produce graduates capable of taking on the world, which is decidedly not homogenous. We understand this concept perfectly well when talking about international diversity and the importance of engagement with diverse cultures (see: the Engaging Diversity academic requirement), but productive engagement among students on campus issues doesn’t get the same treatment.

On issues like Greek life, Israel and Palestine relations, and affirmative action, to name a few, there isn’t much debate on campus, only division. I’d argue that most people on campus have opinions on these subjects, some of them quite strong; unfortunately, many who hold these strong opinions are unable to engage with the argument against them. If you were to ask them to explain – in detail – the opposing position, they often can’t.

Why is it important to be able to articulate opposing arguments? For one, it strengthens our own opinions. If we are able to listen to people that disagree with us, we can understand where they take issue with our opinion and learn how to respond to their objection. Disagreement allows us to critically examine our own opinions. Perhaps someone proposes an argument that we find compelling, we could even go so far as to change our minds about an issue! And even if you don’t change your mind, you may realize that the person with a differing opinion thinks that way for a different reason than you thought.

The polarization on important issues is emblematic of the greater US political news climate as a whole. As a major institution, Stanford has a responsibility to contribute positively to the civic environment. In this respect, we’re failing.  Is diversity of thought not an important issue here just like ethnic, socio-economic, and geographic diversity?

Perhaps we haven’t learned how to engage with one another in a way that doesn’t end in a screaming match or someone being offended. Because we generally surround ourselves with people that think in similar ways, we sometimes lose our own recognition that others exist, and that they aren’t usually evil or strange, just different. While this is a natural human disposition, I think we ought to push ourselves to engage with ideas outside of our comfort zone, and the university should support that, too.

Enter Buzz, a new app conceived by Stanford students that has taken off this year. Buzz allows students to post anonymously in a form similar to Reddit. While I haven’t met many people who post on the app, I have yet to come across an undergraduate student that hasn’t heard of or been on the app. It’s one of a few such apps that have popped up and gained popularity over the past few years.

The anonymity of these apps allows students to express themselves in a more genuine manner and say things that they wouldn’t say to their peers face-to-face. For example, after scrolling for twenty minutes, I found posts expressing unfavorable opinions about parties at fraternities, posts expressing strong opinions about the intelligence of varsity athletes, and one post receiving 20 negative “downvotes” for saying that Israel should exist. While I’m sure everyone has non-PC thoughts about some issue around campus, the anonymity of sites like Buzz allow for students to avoid the reckoning with other students who have opinions that differ from their own.

It’s ironic that students have taken it upon themselves to create a space that allows them to get what they can’t get from class. Is it not the job of the university that we attend to fill this space? Well, yes, but not entirely. It’s up to us students, too, and the existing student social culture is obviously insufficient to foster healthy debate. So, we’ve got to find a middle ground between silence and polarization in the classroom, anonymous posting about how we really feel, and angry confrontations.

I say that it starts with all of us. Talk with someone who disagrees with you – make some friends! If you’re really ambitious, bring more people into the conversation. You could even consider taking some productive disagreement to class, too. It would make each of us better students, better citizens, and better people.

City of Hope’s National Business Products Industry (NBPI) has announced it has raised a total of $14.5 million this year for cancer research. NBPI’s … END_OF_DOCUMENT_TOKEN_TO_BE_REPLACED