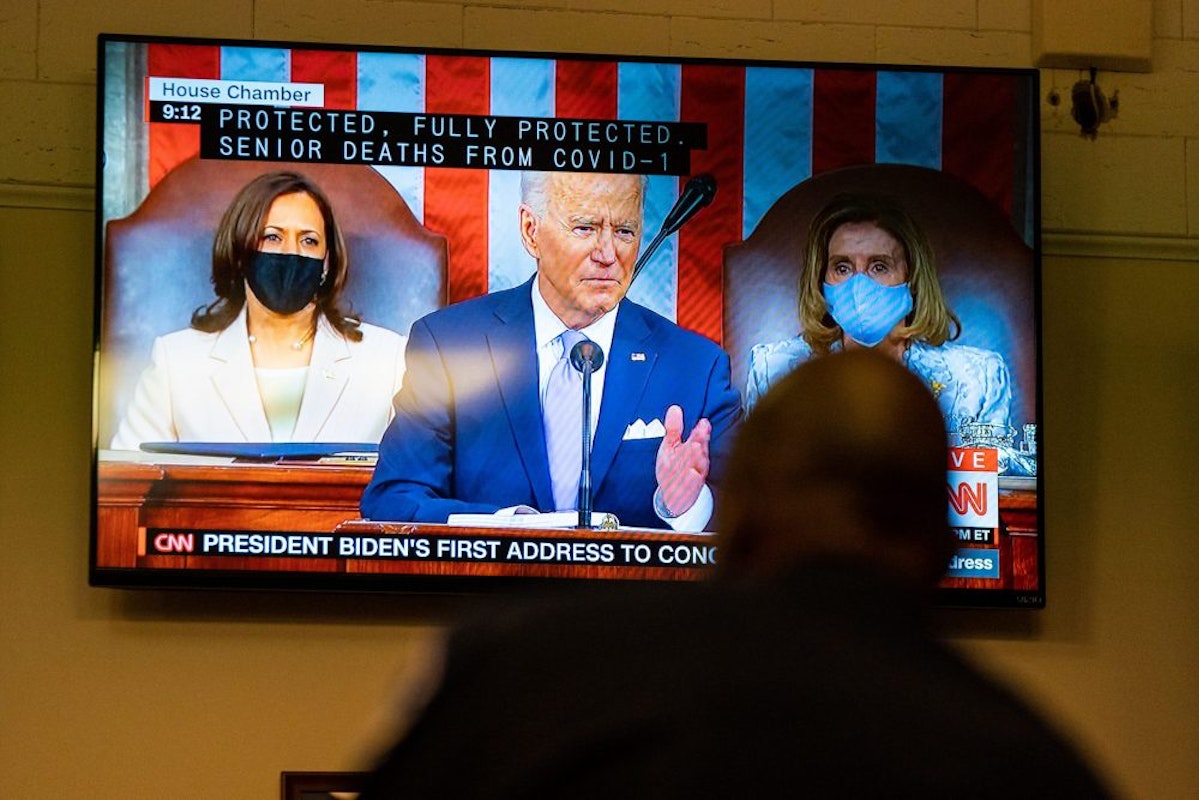 If you feel like you can’t find any news on cable news networks, you’re right.

A new study has found that the vast majority of cable news broadcasts feature opinion, analysis, and spin instead of hard news.

Hard news — defined as a statement of facts, or on-the-spot reporting — amounts to just 22.3% of all footage aired on cable news networks. That amounts to nine minutes, 15 seconds of hard news for every hour of broadcasting.

Each hour of broadcasting on cable news networks contains nearly twice as much commercial time than hard news.

Interviews with newsmakers account for another 16% of broadcast news time.

Commentary from a host, or panel discussions and “analysis” from a panel of talking heads, make up the vast majority of cable news time (60%).

The mix of objective vs. subjective reporting gets worse as the night went on. Just 9.3% of the programs that air between 7 p.m. and midnight consists of fact-based news reporting.

The Media Research Center monitored MSNBC, CNN, and Fox News Channel, then assessed how much of the content consisted of facts and how much was a matter of opinion.

By comparison, 72% of the Big Three networks’ evening news broadcasts is hard news. Even the fluffiest hour of their morning news programs like “Today,” “Good Morning America,” and “CBS This Morning” have a slightly higher percentage of hard news content than cable news programming.

“For this report, Media Research Center analysts reviewed a sample of 108 hours of CNN, MSNBC and Fox News Channel programming from February 1 through June 30,” reported MRC. “The sample consisted of two randomly selected hours of weekday programming from each network for each hour beginning at 6am ET and ending at midnight ET.”

Commercials and teases of upcoming stories did not count toward the total two-hour sample.

Part of the reason for the dearth of facts is that cable news has fixated on political issues, which have absorbed vast swaths of program time formerly dedicated to other topics.

In all, 60% of cable news discussed U.S. political news, relegating once hot-button topics to a peripheral role on the networks. A mere 15% of all news coverage involved crime. Health news amounted to 7% of the broadcast day, even during the era of COVID-19 — although stories about the way political leaders handled the pandemic were considered political for the purposes of this study. Segments focused on the spread or extent of COVID-19 infections counted as health stories.

All other news topics made up a tiny proportion of airtime. Major accidents, the economy, business or financial stories, sports, and weather combined make up only 6% of all network footage.

Cable news networks featured only two segments about religion — both on Fox News — constituting a grand total of 0.14% of cable news coverage.

The survey was taken before the fall of Kabul, which featured on-the-ground reporting by such figures as CNN’s Clarissa Ward.

The study reinforces surveys and polls in which the American people say they long for facts. Two out of every three Americans endorsed “factualism,” the “idea that the more facts people have, the closer they will get to the truth,” according to a recent poll conducted by the Associated Press-NORC Center for Public Affairs Research. Only 29% agreed that “a good way to make society better is to spotlight its problems,” something the survey considered a key journalistic value.

The networks’ pronounced shift from news to commentary over the last eight years reflects their consumers’ desire to live in an echo chamber, according to the MRC.

“Both Republicans and Democrats, both conservatives and liberals, are looking for information that confirms a worldview, and the opposing worldview is too unconscionable to consider,” wrote the Media Research Center’s Tim Graham. “It used to be routine to see conservative vs. liberal pundit debates on the cable channels. It’s much more common today for everyone on a panel to have a similar if not identical view on issues.”

That trend has accelerated, as CNN fired former U.S. Senator Rick Santorum (R-PA) as a conservative commentator in May. Many or most of the network’s “Republican” commentators have endorsed or voted for Joe Biden and Kamala Harris in the 2020 presidential election.

Fox News still has features debates between people of both sides of an issue on “The Story with Martha McCallum,” and Dan Bongino has a weekly segment where he goes head-to-head with a spokesperson from the Democratic Party on Saturday’s “Unfiltered.”

In July, MSNBC’s Joe Scarborough hosted an even-handed and respectful debate on Critical Race Theory between CRT opponent Chris Rufo, a senior fellow at the Manhattan Institute, and Eddie Glaude Jr., a professor of African American Studies and Religion at Princeton University. That contrasts sharply with fellow MSNBC host Joy Reid, who interrupted Rufo 27 times in 13 minutes during the June 23 episode of “The ReidOut.”

Unfortunately, Reid’s approach predominates on cable news, on the rare occasions when cable news hosts deign to invite someone with an opposing viewpoint.

The views expressed in this piece are the author’s own and do not necessarily represent those of The Daily Wire.

The Daily Wire is one of America’s fastest-growing conservative media companies and counter-cultural outlets for news, opinion, and entertainment. Get inside access to The Daily Wire by becoming a member.

Mystery mummies from Central Asia have a surprising ancestry. These people, who displayed facial characteristics suggesting a European heritage, … END_OF_DOCUMENT_TOKEN_TO_BE_REPLACED

By Kate Bennett and Kate Sullivan, CNN The White House said Wednesday it would not be hosting a traditional Halloween celebration this year due to … END_OF_DOCUMENT_TOKEN_TO_BE_REPLACED