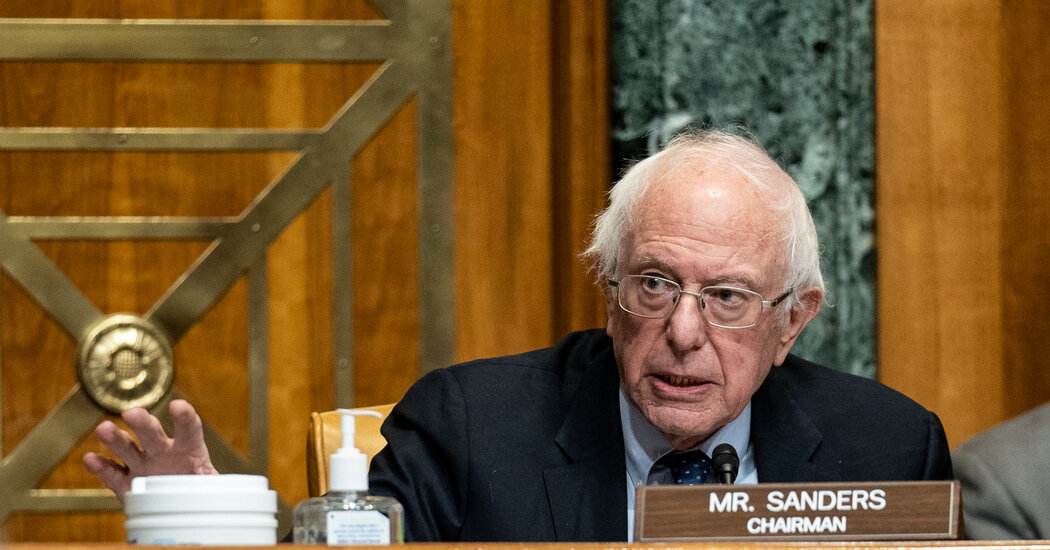 Senator Bernie Sanders, independent of Vermont, introduced a resolution on Thursday to block the sale of a $735 million package of precision-guided weapons to Israel, ratcheting up growing pressure on President Biden from his party’s left flank.

Mr. Sanders and other progressive lawmakers in Congress have argued that the United States could not morally send American-made weapons to Israel at a time when it has carried out airstrikes that have killed civilians.

“At a moment when U.S.-made bombs are devastating Gaza, and killing women and children, we cannot simply let another huge arms sale go through without even a congressional debate,” Mr. Sanders said. “I believe that the United States must help lead the way to a peaceful and prosperous future for both Israelis and Palestinians. We need to take a hard look at whether the sale of these weapons is actually helping do that, or whether it is simply fueling conflict.”

It is unlikely that the resolution, introduced by Mr. Sanders in the Senate and in the House by a group of lawmakers including Representative Rashida Tlaib, Democrat of Michigan, will delay or halt the arms sale.

Jen Psaki, the White House press secretary, referred questions on approval of the arms sale to the State Department, but reaffirmed America’s “long abiding security and strategic relationship with Israel.”

“We have seen reports of a move toward a potential cease-fire. That is clearly encouraging,” Ms. Psaki said at midday on Thursday. “We’re going to continue to press behind the scenes, press through intensive quiet diplomacy, to bring an end to the conflict.”

In order to block a sale, lawmakers would have to approve such a resolution in both chambers of Congress and then override Mr. Biden’s expected veto — all within a brief, designated period of time. A similar attempt to block a tranche of weapons from going to Saudi Arabia was defeated in 2019, after a bipartisan group of lawmakers linked arms to protest the brutal murder of Jamal Khashoggi, a Virginia resident and Saudi dissident.

But the resolutions add to the groundswell of pressure Mr. Biden is facing from progressives in Congress who have urged the president to take a more aggressive stance toward Israel. Earlier this week, 28 Democratic senators — more than half of the party’s caucus — put out a letter publicly calling for a cease-fire, putting the onus on both sides to lay down their weapons, and on Mr. Biden to weigh in to demand it.

Representative Gregory W. Meeks of New York, the chairman of the Foreign Affairs Committee, had planned to write to Mr. Biden asking him to delay the arms sale, but has since reversed course, after the State Department agreed to brief his committee on the matter.

Republicans have pushed back. Senator Jim Risch of Idaho and Representative Michael McCaul of Texas, the top Republicans on the foreign relations panels in the Senate and House, wrote to Mr. Biden on Thursday to urge him to let the arms package go to Israel.

“To withhold this sale now would call into question our commitment to Israel’s qualitative military edge, and the basic reliability and trustworthiness of the United States as an ally and a defender of democratic values,” they wrote. “We have heard voices in Congress that are increasingly willing to forfeit the United States’ reputation for standing by its friends and partners. This is not right. We must draw a firm line that the United States will stand with Israel and other allies in their hour of need.”

BEIJING, Oct. 24 (Xinhua) -- The following is a summary of published science and technology news of China. SPACE STATION EXPERIMENT SAMPLES The first … END_OF_DOCUMENT_TOKEN_TO_BE_REPLACED