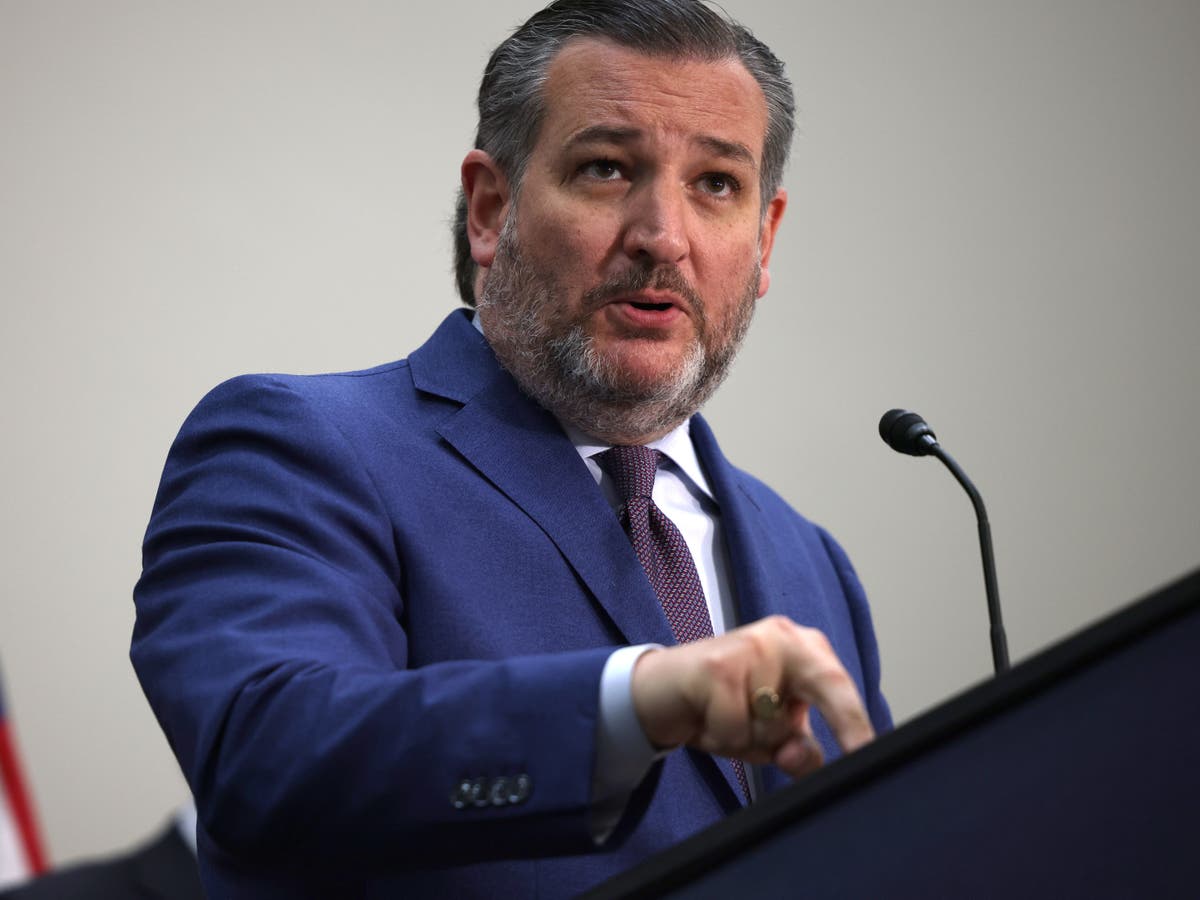 Angry veterans fired back at Texas Senator Ted Cruz after he retweeted a video juxtaposing a macho recruiting video for the Russian Army and a video of a daughter of two mothers becoming a US Army corporal.

He wrote: “Holy crap. Perhaps a woke, emasculated military is not the best idea….”

The TikTok video shows a stony-faced, muscular man doing push-ups, lying in the snow with a rifle, and jumping out of a plane.

The Russian ad then gives way to the US’s colourful animation telling the true story of Cpl Emma Malonelord, who joined the Army after being raised by her two mothers.

The US Army said the ad shows “the deeply emotional and diverse” backgrounds of its members.

The Texas Senator was roundly criticised for his comparison by many – including several military veterans.

Former director for European affairs for the national security council and a lieutenant colonel in the US Army, Alexander Vindman, tweeted: “Because you served in the military so you know, right? The US military is second to none. Please keep it out of your political theater. I hear there are actual problems Congress needs to address. BTW didn’t you swear to support and defend the US Constitution?”

A key witness in former President Donald Trump’s first impeachment trial, Lt Col Vindman was reassigned from his position at the NSC and later resigned from the Army in July 2020 after a “campaign of bullying, intimidation, and retaliation,” a statement from his lawyer said.

Illinois Senator Tammy Duckworth, who lost both her legs while serving as a helicopter pilot in Iraq, also went after Mr Cruz, mockingly using his opening words: “Holy crap. Perhaps a US Senator shouldn’t suggest that the *Russian* military is better than the American military that protected him from an insurrection he helped foment?”

Veteran and director of communications for Catholics for Choice, Charlotte Clymer, wrote on the platform: “Am I surprised that Ted Cruz is mocking our military as ‘emasculated’? No. This is the coward who wouldn’t even stand beside his own wife when Trump publicly talked sh** about her.”

VoteVets, a liberal group who urges veterans to run for office, tweeted: “Ted Cruz attacks a US Army soldier for telling her story, says he prefers Russians. Because Ted Cruz is a sedition-loving traitor.”

Responding to the uproar, Mr Cruz tweeted: “I’m enjoying lefty blue checkmarks losing their minds over this tweet, dishonestly claiming that I’m ‘attacking the military.’ Uh, no. We have the greatest military on earth, but Dem politicians & woke media are trying to turn them into pansies. The new Dem videos are terrible.”

The comments on the original US Army ad on YouTube got so vile that the comment section was disabled, The Army Times reported on Thursday.

Changes in US Army policy have enraged conservatives before, with Mr Cruz saying that allowing women to serve in combat roles was “nuts” as he was on the presidential campaign trail in early 2016.

A Space Force commander was fired last week after he claimed that the Pentagon’s agenda was “rooted in Marxism” because they were encouraging diversity and attempting to eliminate extremism within its ranks.

Alexander Reid Ross, a doctoral fellow for the Centre for Analysis of the Radical Right based in the UK, told The Washington Post that before the video was retweeted by Mr Cruz he had seen versions of it “bouncing around some of the most violent and anti-American Telegram accounts that I monitor”.

John Noonan, military and defence advisor for Arkansas Senator Tom Cotton, agreed with Mr Cruz, retweeting the video with the comment: “We are going to be the most tolerant military in history ever to lose a war,” to which Mr Cruz responded “yep”.

Mr Noonan later added: “I’m still not convinced the US Army ad here is real. It can’t be. I just can’t envision someone in the army hierarchy approving it.”

Cruz spokesperson Erin Perrine told The Independent: “Sen Cruz passionately supports the brave men and women of the United States military and has repeatedly expressed concerns that Democrat politicians, left-wing bureaucrats, and the media are politicizing our armed forces to promote a fringe woke agenda based on identity politics.

“Our military should be focused on winning wars, and we endanger our national security and our service members when they focus on anything else.”

We will now shift to cover the coronavirus taskforce briefing, where public health officials are giving an update on the Omicron variant. The CDC … END_OF_DOCUMENT_TOKEN_TO_BE_REPLACED

CRUDE OIL OUTLOOK:Crude oil prices seesaw as OPEC+ opts to stay the course on output riseAll eyes on US jobs report ahead as markets consider … END_OF_DOCUMENT_TOKEN_TO_BE_REPLACED