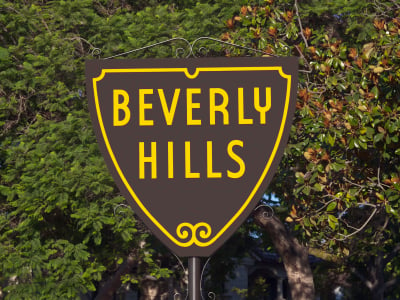 Concierge Auctions has successfully auctioned off a Beverly Hills, California villa for a record amount. The property had been listed for over two years before going to auction, where it was successfully sold for nearly $60 million.

A Desirable Property Even for Beverly Hills

The property itself was a highly desirable residence even by Beverly Hills standards. The home sits on more than 9 acres in the Beverly Park neighborhoods, and the house itself boasts 20,000 square feet and 20 bedrooms. Surrounding the Mediterranean-style home is a 30-car courtyard and 40-foot Canary Island palm trees, which are appropriate for the residence’s theme. Other features on the property include a jogging trail, a tennis court, a pool, and multiple guesthouses.

A Record-Breaking Auction by Concierge Auctions

The residence was first listed in 2018 with an asking price of $165 million, but it went unsold over the course of 2-plus years. The owner thus decided to have Concierge Auctions auction the residence off, which was done to great success.

The winning bid included a public price of nearly $60 million, but that doesn’t include additional considerations that won’t be publicly recorded. In complex real estate transactions like this, it’s common for other considerations to be made alongside the actual cash price paid.

Even with just the publicly recorded near-$60-million price tag, however, this auction was record-breaking. The residence is now the most expensive home ever sold at auction, and the next-highest residential auction price isn’t too close.

The previous record-holder was a Hillsboro Beach mansion that auctioned for $42.5 million after initially asking $159 million. Compared in percentages of the original asking price, the Florida mansion’s auction saw 26.7 percent of the original listing price. Concierge Auctions managed to get almost 36.6 percent of the initial price for this Beverly Hills villa.

Concierge Auctions has publicly spoken about the auction via Chief Executive Laura Brady. The auction house hasn’t publicly confirmed the sale price at the time of writing, however. Brady confirmed that the auction is record-setting, but exact numbers come from sources familiar with the auction.

Concierge Auctions is the leading luxury real estate auction house in the world. The company has over 90 percent of the market share of luxury residential auctions, and the company maintains connections with a diverse array of high-net-worth individuals who may be interested in luxury properties. In many cases, the auction house’s resources, networks, and auction process can help property owners sell residences that might otherwise take years to find a buyer for.

Concierge Auctions has been recognized many times with accolades. The auction house is noted by the Who’s Who in Luxury Real Estate, National Auctioneers Association, The Telly Awards, USA Today, Inc. 5000, Entrepreneur 360 List, Financial Times, and others. For more, find Concierge Auctions on Facebook.