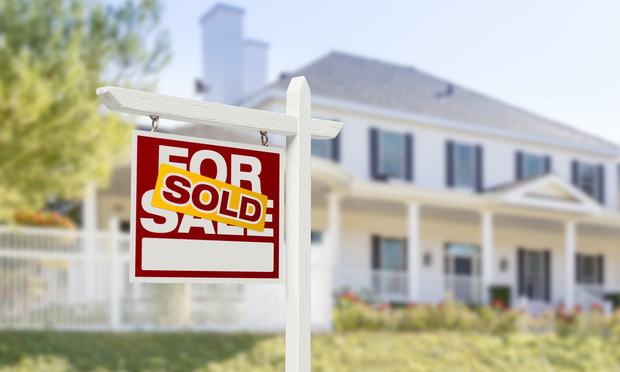 There’s plenty of year-end milestones to celebrate in the single-family home market, which had one of its all-time best years ever, according to a new report from real estate brokerage Redfin.

This past year, home-sale prices hit the highest median of all time, the number of homes for sale fell to an all-time low, and there was record demand for second homes.

It’s more than that. “The ongoing pandemic, including its seismic effect on the US economy and the way Americans live and work, has made 2021′s housing market anything but typical,” Redfin Chief Economist Daryl Fairweather said in prepared remarks. This year’s frenzied housing market has been one for the books—but it may become more balanced in 2022.” With that in mind, it is instructional to look at milestones set in the past 12 months.

The national median home-sale price hit is at an all-time high and up 24.4% year over year.

The US is in a housing-supply shortage because of a lack of new construction, surging demand from buyers, and homeowners taking advantage of low mortgage rates to refinance rather than sell.

The typical home that sold in both June and July was on the market for just 15 days. That’s the lowest median days on market in history and down from 39 days in June 2020

Some 61.4% of homes that went under contract in March had an accepted offer within two weeks of hitting the market.

Record #5: More than half of homes sold above list price

Homes selling above list price is typically due to bidding wars, which were commonplace this year.

Record #7: Investors purchased nearly 1 in 5 of all homes bought in the US

Many individual homebuyers have found it tough to compete with investors.

Demand for vacation homes soared as remote work took hold in mid-2020, leaving many affluent white-collar workers with the ability to work from beach houses and ski chalets.

Record #9: Nearly one-third of Americans looked to move to a different metro area

Record #10: Typical luxury home sold for 25% more than the year before

A new study shows that through aerosol formation and growth, the forests are capable of mitigating climate change and have a regional effect on the … END_OF_DOCUMENT_TOKEN_TO_BE_REPLACED

Mermaid bounce house combo rental New Orleans. It has a slide, basketball goal and basketball goal. About to Bounce inflatable rentals. View About to … END_OF_DOCUMENT_TOKEN_TO_BE_REPLACED