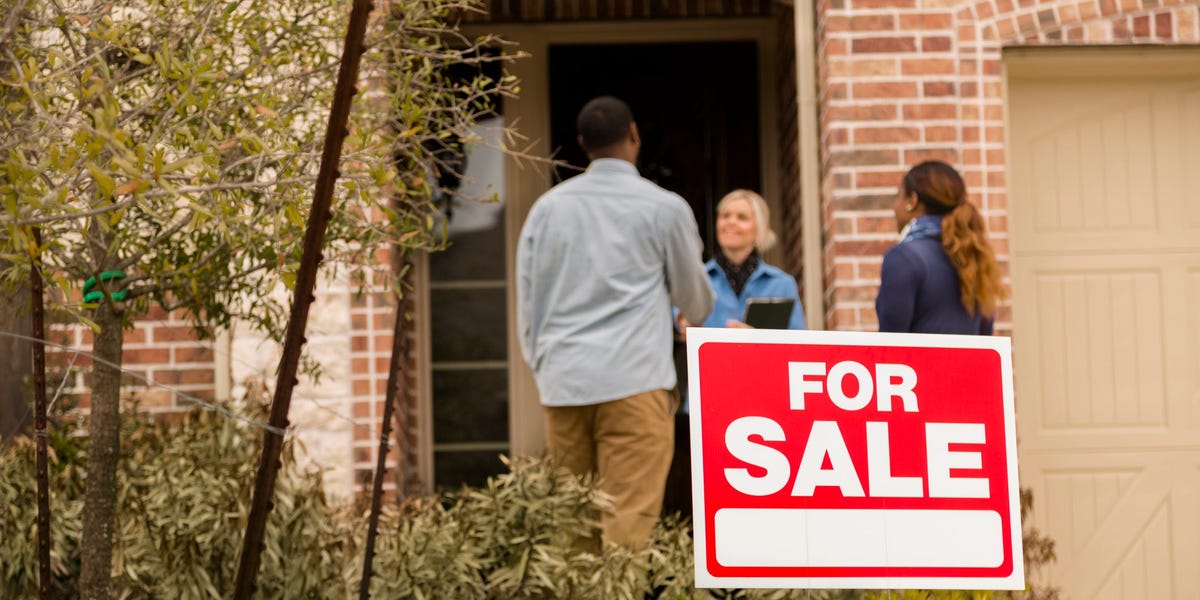 Housing prices in nearly every pocket of US are rising.

The National Association of Realtors (NAR) found that home prices increased in 99% of the 183 US metropolitan areas it tracked during the first quarter of 2021 — and a stunning 89% of those places recorded double-digit jumps.

“The record-high home prices are happening across nearly all markets, big and small, even in those metros that have long been considered off-the-radar in prior years for many home seekers,” Lawrence Yun, NAR’s chief economist, said in the report.

The reason for the soaring prices is simple: Demand for new homes, fueled by pandemic desires and low mortgage rates, is outweighing the paltry supply of properties for sale. In April, active listings in the US were down 53% compared with the same time last year, and that’s dooming prospects for aspiring buyers — especially if they’re new to homeownership, like millennials.

“The sudden price appreciation is affecting affordability, especially among first-time home buyers,” Yun said in the report. “With low inventory already impacting the market, added skyrocketing costs have left many families facing the reality of being priced out entirely.”

Where home prices rose the most

Home prices skyrocketed across the country — both in regions that have had population increases, like the South, and ones that have lost residents, like the Northeast. In fact, each area of the US recorded double-digit year-over-year price growth, according to the NAR report, with a 22.1% increase in the Northeast, a 18% jump in the West, a 15% hike in the South, and a 14.4% rise in the Midwest.

NAR also identified the 11 metropolitan areas with the highest home-price increases between April 2020 and April this year.

The places where property price tags have jumped the most include upstate New York, suburban Connecticut, and communities in Texas and Idaho. The median sales prices in those areas ranged from the $100,000s to $600,000s.

But the underlying circumstance that ties them all together is outsize demand during the pandemic, coupled with an extremely low number of homes for sale.

Here are the 11 spots where home prices rose the most, according to NAR’s report:

The forecast for home prices

In March, the finance-analytics firm CoreLogic found that home prices grew 11.3% year over year, the largest jump since 2006. And while it’s important to note that part of March 2020 was crippled by the onset of the coronavirus pandemic, which makes the March 2021 prices comparably higher, it’s not the first double-digit increase we’ve seen.

CoreLogic’s chief economist, Frank Nothaft, told Insider that he expected double-digit year-over-year home-price growth to continue through the rest of the spring and into the summer. But by autumn, annual growth is expected to start to stabilize, and by March, it could be as low as 3.5%, Nothaft said.

Housing affordability is still a crisis

But even with stability in price growth on the horizon, the housing-affordability crisis is as pressing as ever. While housing started off as a bright spot for the economy during the pandemic-driven

recession
, dwindling opportunities for buyers are casting a shadow.

“While economic growth in 2021 will be at the highest growth rate since 1984, and the labor market will continue to improve, higher home prices and an expected rise in interest rates will price some prospective home buyers from the market,” Robert Dietz, the chief economist at NAHB, said in the note. “More housing supply is needed to bring home price growth back to sustainable levels.”

We will now shift to cover the coronavirus taskforce briefing, where public health officials are giving an update on the Omicron variant. The CDC … END_OF_DOCUMENT_TOKEN_TO_BE_REPLACED

CRUDE OIL OUTLOOK:Crude oil prices seesaw as OPEC+ opts to stay the course on output riseAll eyes on US jobs report ahead as markets consider … END_OF_DOCUMENT_TOKEN_TO_BE_REPLACED