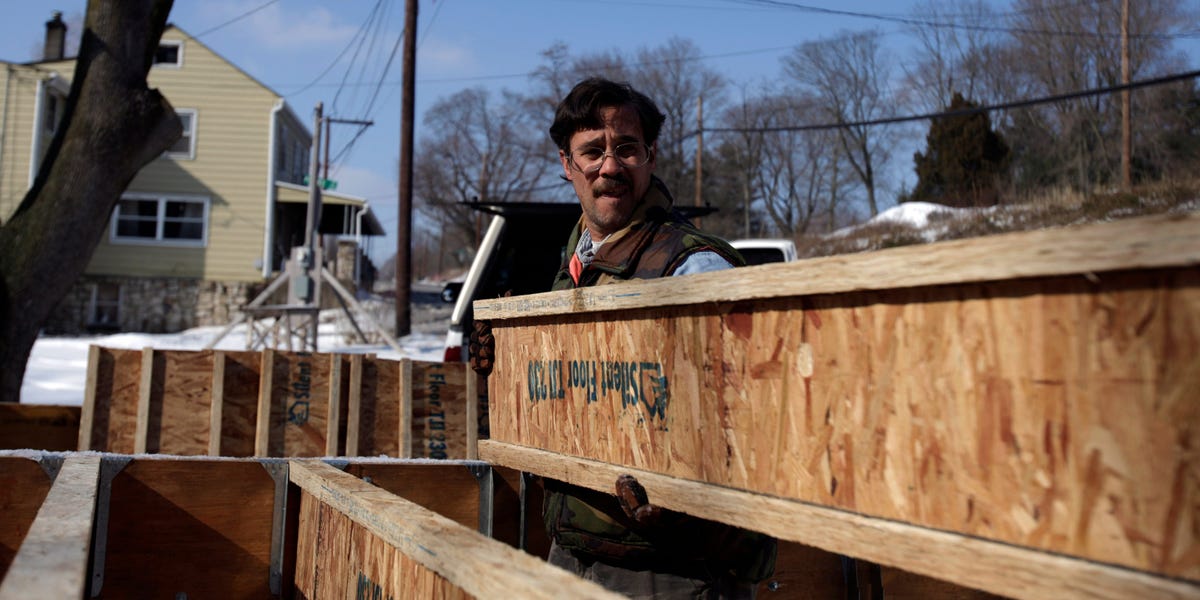 The assignment was a gimme. With house supply near record lows, demand strong, and prices surging to record highs, contractors simply needed to build more.

Data out Tuesday suggests they aren’t rising to the occasion. That risks closing off the housing market to millennials just as they reach peak homebuying age.

US housing starts sank 9.5% in April to an annualized rate of 1.57 million units, the Census Bureau said Tuesday morning. That missed the median estimate of a 1.7 million rate.

The drop erased much of the 19.8% jump seen in March and signaled that much-needed construction could be a ways away.

“New home inventory is very low, but developers nonetheless respond to short-term shifts in demand and the picture now is clear,” Ian Shepherdson, chief economist at Pantheon Macroeconomics, said in a note. “As the rest of the consumer-facing economy rebounds dramatically, the housing market — both sales volumes and construction activity — is set to struggle over the next few months.”

Various housing indicators have drawn comparisons to the peak of the mid-2000s bubble in recent months. Home-price indexes rose in March at their fastest rate since 2006, while housing starts were at their fastest annual rate since 2006 before the April decline. Economists caution that despite these similarities, the current market boom has more to do with basic economics than the risky lending that drove the 2008 crash.

Yet for such a simple problem, contractors are failing to step up. The monthly supply of existing homes fell to 3.6 months in March, just above the all-time low of 3.5. A healthy level for the US market is about a six-month supply, Gay Cororaton, the director of housing and commercial research for the National Association of Realtors, told Insider’s Hillary Hoffower in April.

Separately, builders are running behind on homes that have already been authorized for construction. About 242,000 authorized units haven’t been started yet, the highest level since 1979.

To be sure, the industry faced significant headwinds last month. Lumber prices spiked roughly 48% through the month as demand ran up against a major supply bottleneck. Employment also contracted slightly in April, leaving firms with less manpower to address the housing shortage.

Still, the inventory shortfall comes at a critical time for the market. Sales of new and previously owned homes remain elevated and, should the pace hold, supply will be even more strained. That would likely drive owners to demand more for their homes and lift prices higher still.

All the while, millennials are reaching peak homebuying age and running up against affordability problems. Unless builders shore up new inventory for first-time homebuyers, the industry risks missing out on a massive wave of demand.

The shortage can partially be traced back to the market’s last crash. Construction cratered through the financial crisis and stayed weak through the 2010s as contractors looked to support demand by holding back on supply.

Boosting construction isn’t even expected to pull prices lower. Since demand is so strong, a pickup in homebuilding would only slow price growth, Jefferies analysts said last month. And with mortgage rates expected to climb as the US reopens, prospective buyers just can’t catch a break.

But until permits and starts translate to finished, purchasable homes, affordability pressures loom large over the red-hot market and millions of millennials with dreams of owning a home.

One fundamental tenet of science is its embrace of uncertainty. At its heart, true science understands that one cannot be 100 percent certain of … END_OF_DOCUMENT_TOKEN_TO_BE_REPLACED

By Betsy Klein, CNN The White House will tout a series of positive milestones for the administration’s pandemic response Tuesday as the nation … END_OF_DOCUMENT_TOKEN_TO_BE_REPLACED