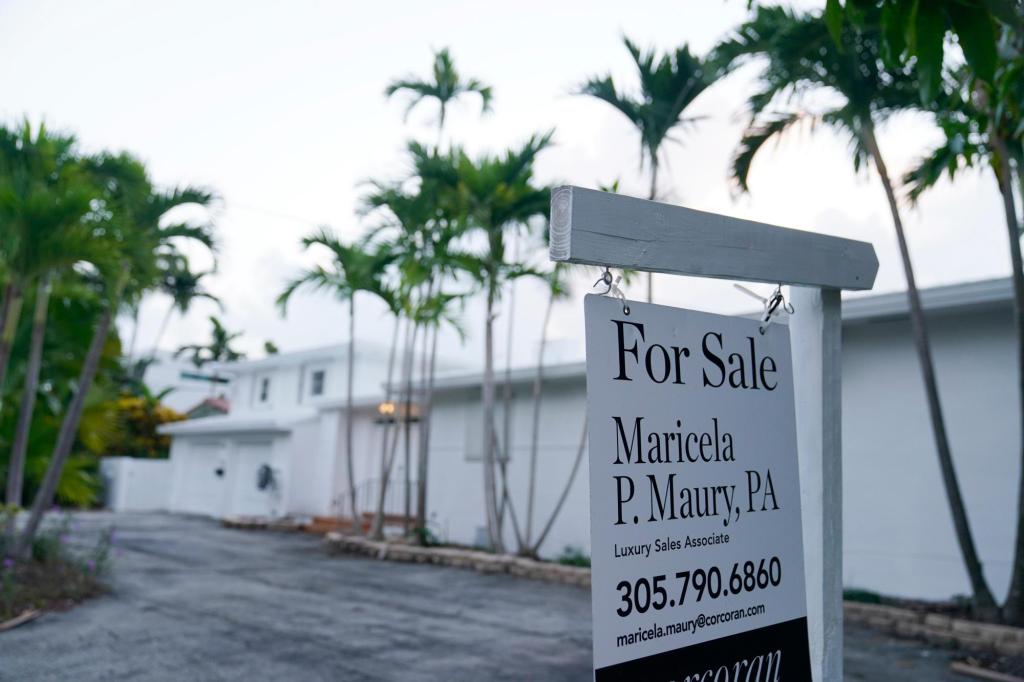 By Alex Veiga | The Associated Press

Mortgage rates have hovered near all-time lows for much of this year, even as inflation has increased sharply across much of the economy.

That could begin to change in the weeks to come, now that the Federal Reserve has signaled it could announce as early as next month plans to begin rolling back the measures it has taken to shore up the economy during the pandemic.

The Fed is widely expected to announce a timetable for reducing its monthly bond purchases at its next meeting in early November. Those bond purchases have helped keep mortgage rates at ultra-low levels for much of the last 18 months.

The average rate for a 30-year mortgage climbed to 3.09% this week, the highest level since April, when it peaked at 3.18%, according to Freddie Mac. A year ago, the rate averaged 2.8%.

Signals from the Fed and signs that inflation remains pervasive set the stage for mortgage rates to move even higher in coming months, economists say.

“The biggest influence is that the Federal Reserve is poised to start dialing back their bond purchases as soon as next month,” said Greg McBride, chief financial analyst for Bankrate. “However, in the months ahead inflation will likely be the single biggest determinant of what happens with mortgage rates. Whether or not they go higher, and if so, how much higher.”

McBride expects that long-term mortgage rates will average between 3% and 4% over the next 12 months.

That’s along the same lines as a forecast this week by the Mortgage Bankers Association, which projects the average rate for a 30-year, fixed-rate mortgage to close out this year at 3.1% and then rise to 4% by the end of next year.

“The Fed will likely raise interest rates by the middle of next year,” Nadia Evangelou, a senior economist at the NAR, wrote in an inflation analysis last week. “When the Fed increases its interest rates, banks do, too. And when that happens, mortgage rates go up for borrowers.”

Last December, the Fed said that it would buy $120 billion a month in bonds until the economy had made “substantial progress” toward its goals of maximum employment and inflation that averages 2% over time. The bond purchases are intended to spur more borrowing and spending by keeping longer-term interest rates low.

The central bank has also kept its short-term benchmark rate at nearly zero, but rising inflation has turned up the pressure on the Fed to dial-back its low-interest rate policies.

The consumer price index, a key measure of inflation, climbed 5.4% in September from a year earlier, the largest increase since 2008.

With mortgage rates coming off rock-bottom levels — the average rate on a 30-year mortgage hit an all-time low of 2.65% in the first week of January — an uptick in rates is unlikely to derail the ultra-competitive U.S. housing market. But it still means would-be homeowners will have less buying power. It also means homeowners who’ve been considering refinancing may miss their chance to lock in a lower rate.

“The lowest lows may be in the rearview mirror, but mortgage rates are still lower now than anything seen prior to the summer of 2020,” McBride said. “If you haven’t yet refinanced do so now. The likelihood is that we see higher rates, not lower rates in the months ahead.”

The volume of mortgage refinancing has slowed in recent months after surging last year. Mortgage refinancing accounted for 70.7% of home loans originated in the first three months of this year, according to the MBA. The share fell to 56% in the second quarter and 55% in the third.

The MBA projects that mortgage refinancing will fall 62% next year to $860 billion from a projected $2.26 trillion this year.

Even with higher mortgage rates, the housing market is expected to remain fiercely competitive given the shortage of homes for sale relative to demand. As such, the MBA expects mortgages for purchasing a home to increase 9% next year to a record $1.73 trillion.

One bright side for homebuyers: If demand for mortgage refinancing continues to slow, banks eager to make up for the lost revenue may be more willing to lower fees in order to woo would-be homebuyers shopping for a mortgage.

One fundamental tenet of science is its embrace of uncertainty. At its heart, true science understands that one cannot be 100 percent certain of … END_OF_DOCUMENT_TOKEN_TO_BE_REPLACED

By Betsy Klein, CNN The White House will tout a series of positive milestones for the administration’s pandemic response Tuesday as the nation … END_OF_DOCUMENT_TOKEN_TO_BE_REPLACED