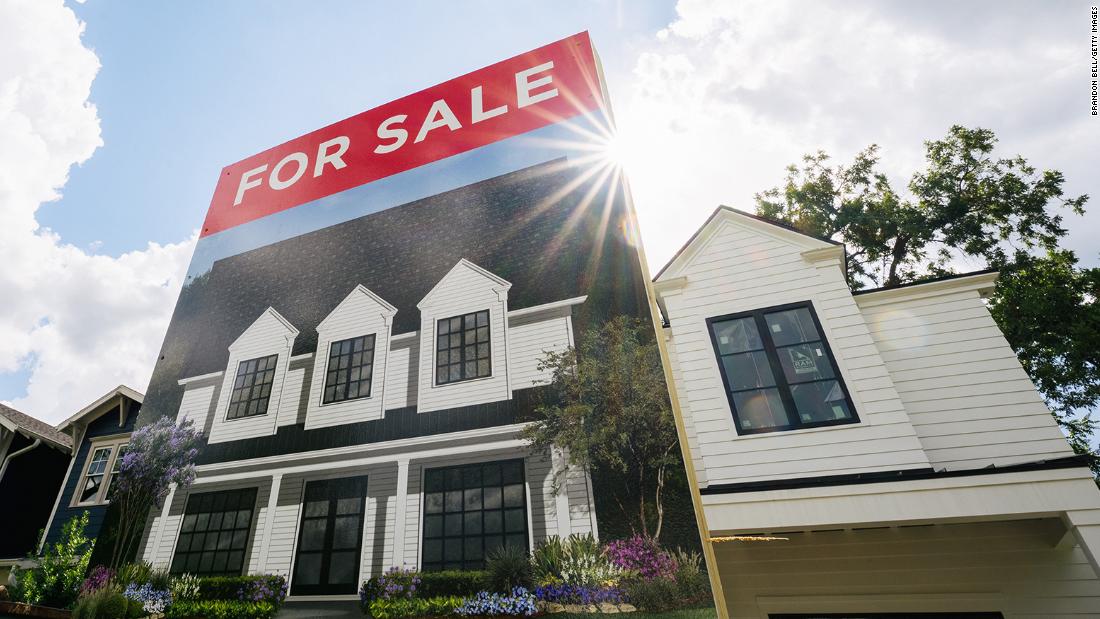 Many prospective buyers left the market dejected and without a home to call their own. As a result, demand for rentals surged and rents went up across the country.

“It was an insane year,” said Matt Holm, an agent with Compass in Austin. Last January, he put a smaller five-year-old home on the market at $425,000, higher than comparable sale prices, and was flooded with offers. “I stopped counting at 35 offers,” he said. The home sold for $545,000, a 30% increase over the list price.

Another buyer, who bought a lakefront luxury home for $6 million in 2020, was offered $9 million a few months later and $11 million two months after that by buyers desperate for a lakefront property, Holm said.

“My sellers said, that’s a lot of money,” Holm said. “They wanted to sell and get something as good or better. But they realized they shouldn’t sell because to get something a little bit nicer than what they had was going to cost $18 to $20 million. That is a remarkable jump for a calendar year.”

Without a doubt, the housing market was on a wild ride in 2021. Here’s what to expect as we head into the new year.

The year began with the lowest interest rates on record, with average rates for a 30-year fixed rate mortgage at 2.65%. But they didn’t last long. By April 1, that had reached a 2021 peak of 3.18%. Rates have fluctuated since, with the 30-year fixed at 3.05% last week, according to Freddie Mac. And we can expect rates to move even higher in the new year.

The Federal Reserve has given several signals that its pandemic monetary policy will come to an end as it works to curb inflation. Ultimately, that will push interest rates higher.

The Fed’s revised policy won’t put a dent in the pockets of people looking to purchase a home within the next few months, but they might want to act soon, said Melissa Cohn, the regional vice president and executive mortgage banker of William Raveis Mortgage.

“Mortgage rates should remain range bound around 3% through the end of the year and hopefully through the first two months of 2022,” said Cohn, who anticipates rates to increase by up to a half a percentage point over the next couple of months.

Similarly, Lawrence Yun, chief economist at the National Association of Realtors, expects the 30-year fixed mortgage rate to increase to 3.7% by the end of next year, but noted this will still be lower than the pre-pandemic rate of around 4%.

“Increased mortgage rates, coupled with inflation eating away at savings, will take a toll on buyers,” said Allison Salzer, a Compass agent in San Francisco. “It will affect the lower-priced and median-priced home purchasers more than the luxury buyers.”

Even though more properties became available as the spring home buying season heated up this year, there were also more people looking to buy, creating fierce competition and pushing prices skyward.

There were so few homes, people were taking extreme measures like offering to buy the seller’s next home for them, giving thousands of dollars to competing buyers to walk away and paying as much as $1 million over the home’s asking price. One home in Maryland received 7 all-cash offers.

Inventory was tightest at the lower end of the market. Homes priced under $200,000 have been hard to come by, with the number of available properties falling 19% this year compared to last year, while there was a 40% annual increase for homes above $600,000, according to HouseCanary, a real estate data company.

While the inventory picture is expected to improve in 2022, it isn’t expected to perk up by much. Inventory will remain limited and grow by only 0.3% in 2022, according to a Realtor.com forecast.

“The greatest factor I see affecting the 2022 housing market is the low inventory,” said Paulo Prietto, a Compass agent in Orange County, California. “While inventory remains low, buyers will become more accustomed to the lack of choices and will continue to aggressively compete to purchase homes.”

As long as that happens, prices will continue to go up.

While we won’t see the double-digit gains that were made in the past year, prices are expected to keep rising in 2022 at a slightly more moderate pace.

A group of 20 top economic and housing experts brought together by the National Association of Realtors projected that median home prices will increase by 5.7% next year. The NAR survey participants said they expect the housing market and broader economy to normalize next year as the Fed tries to tame inflation.

“Slowing price growth will partly be the consequence of interest rate hikes by the Federal Reserve,” Yun said.

The prevalence of all-cash offers, few available homes and skyrocketing prices pushed many first-time buyers out of the market in 2021.

By the end of November the share of first-time buyers had fallen to 26% from 32% a year before, the lowest level since the National Association of Realtors began tracking in 2008.

“We are creating a divided society,” said Yun. “People don’t feel like they are participating in what they consider to be American life through homeownership. All their work to build up savings can feel less meaningful in the face of rising prices.”

Not only were prices rising faster than people could save for a down payment, many mortgage types favored by new homebuyers, like FHA and VA loans, were often passed over for all-cash deals or conventional loans.

The inventory of homes at the lower end of the price range was so tight that the number of sales priced between $100,000 and $250,000 were down by nearly 20% in November, according to NAR.

And while new construction homes are now starting to come on line, most are priced outside of the typical first-time homebuyer’s budget.

“Builders are focusing more on high-priced houses, with the percent sold for under $300,000 falling to just 14% from 33% a year ago,” said Robert Frick, corporate economist at Navy Federal Credit Union.

But many hopeful homebuyers are saying they will be back in the spring, armed with the knowledge they gained from a frustrated search this past year, according to a recent survey from Realtor.com

“Despite a challenging year, aspiring first-time homebuyers are surprisingly optimistic about 2022,” said George Ratiu, Realtor.com’s manager of economic research. “They’re looking at the new year as a fresh opportunity to make their dreams of owning a home come true.”

Johnson County will join Carter and Washington counties in a redrawn 3rd District of the Tennessee Senate.Meanwhile, Unicoi County will be moved out … END_OF_DOCUMENT_TOKEN_TO_BE_REPLACED

The IL-6 family of proteins has a bad reputation: it can promote inflammation, arthritis, autoimmune disease and even cancer. However, a new USC-led … END_OF_DOCUMENT_TOKEN_TO_BE_REPLACED

Biden came to office aiming to focus his foreign policy on the needs of the US middle class. Ending the pandemic, rejuvenating the nation, addressing … END_OF_DOCUMENT_TOKEN_TO_BE_REPLACED