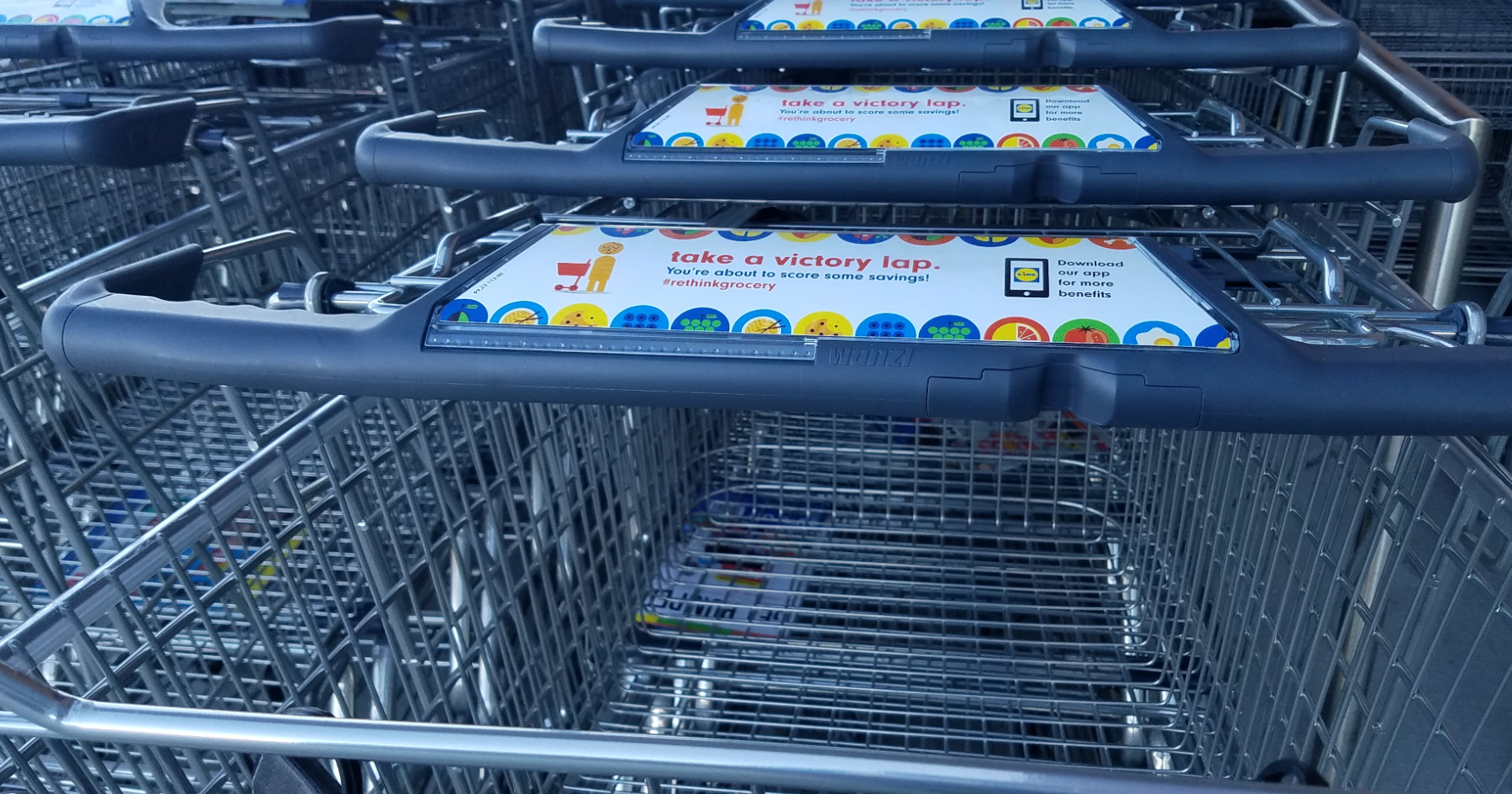 Another changing of the guard at Lidl US brings with it a message that the German discounter has re-committed to America, and in a significant way, sources say.

Incoming US CEO Michal Lagunionek—the discounter’s fourth U.S. chief executive in its relatively short stateside history—is the first of them to also be a member of parent company Schwarz Group’s management board, or the highest rank overseeing the company. That arrangement is similar to how the company operates in important overseas markets like Germany.

Significant also is that the oversight board had reportedly wavered as to whether to continue its U.S. invasion at all. A report in the German trade press earlier this month said that decision came only after a “long hesitation.” Similar chatter of abandoning the U.S. accompanied the appointment three years earlier of Lagunionek’s outgoing predecessor, Johannes Fieber. Some sources told WGB this speculation is typical of frothy industry coverage in the European trade press, but also reflects on the longstanding mysterious nature of privately held German discounters like Lidl and Aldi that tend to quietly operate below the radar and let economic trends and word-of-mouth gradually deliver business to them: Schwarz Group’s owner and founder, Dieter Schwarz, for example, is said to have never given a recorded interview nor allowed himself to be photographed. Forbes recently listed Schwarz as the 38th wealthiest person in the world.

The history of discounters—and the unique proposition they bring to shoppers as they expand—also suggests their growth is a stealth, long-term play likely to be spread among multiple leaders over time. This also attests to the significance of Lidl’s decision to re-commit in the U.S., which possesses the size and population to become a leading contributor. Economic trends, a willingness among shoppers to embrace private brands, and small-store convenience also play in their favor over the longer term, sources says.

“It’s always a long-time game when it comes to Aldi and Lidl,” Katrijn Gielens, a professor of marketing at the University of North Carolina’s Kenan-Flagler business school who studies discount retail, told WGB in a recent interview. “Don’t forget that neither of them are publicly listed, so they can usually afford to wait longer than what you would typically encounter with a listed company that has to report quarterly. And that is the typical scenario that happens their markets: They grow steadily.”

The growth in discount stores is faster in units than in shoppers or market share. That is a byproduct of their unusual business model and value proposition, Gielens says. It takes time for U.S. shoppers to come to understand how to shop the hard-discount model, and their small stores typically draw from tight geographies, so customers lean about them in small increments. Their cost-conscious approach in the meantime does easily allow for traditional national advertising campaigns, Gielens added.

“People are usually very surprised when they find out that Aldi has been in the U.S market since the 1970s,” Gielens says. “They typically don’t know about them until they actually literally enter in their market—around the corner, so to speak. That’s only when you really first encounter them.”

A Big Push From Poland

A Lidl spokesperson declined WGB’s requests for an interview with Lagunionek, whose only public remarks since taking the role was a statement accompanying notice of Fieber’s departure: “I look forward to working with the Lidl US team to continue to strengthen and grow our store network, and provide shoppers across our communities with incredible quality and unbelievable prices every day.”

He’s noted for having led Lidl as CEO of its division in Poland between 2006 and 2016, before moving to a board position in at its headquarters in Germany. Poland has become something of a cradle for Lidl’s international leaders over the years: Radosław Liberski has been the chief financial officer in the US since 2019; and Lagunionek’s successor as Poland’s CEO, Maksymilian Braniecki last year took over its center and Eastern Europe divisions, noted Sebastian Rennack, a senior retail analyst for covering Central & Eastern Europe for Lebensmittel Zeitung, the German industry trade.

Lidl entered Poland as a newcomer in 2002. Today it is the country’s third-largest grocery chain and by Rennack’s figuring, its most profitable, with more than 500 stores generating 5 billion Euros in annual sales, and EBIT profit margins of 7.9%–two to three three times better than most competitors. Lidl benefits especially in Poland and Eastern Europe, where its German heritage is seen a quality advantage, Rennack added. He estimates these regions together generate about 1 billion Euros (about $1.2 billion) in pre-tax profits annually.

“In my perspective, they finance their price battles with Aldi in Germany and the U.S. expansion with this,” he said.

Not announced by the company but also new to the U.S. leadership team at Lidl are another two top European leaders: Dirk Fust, who previously led Lidl in Demark, will serve as Lagunionek’s top deputy, Lebensmittel Zeitung said. And Jassine Ouali, described by the trade paper as an “up-and-coming” talent from is expected to join the management team this summer.

In the U.S., Lagunionek joins Lidl as it takes a breath after a busy three years under Fieber, who announced his resignation last month.

In addition to addressing Lidl’s early U.S. real estate missteps and converting its first major acquisition—moves seen to have stabilized the young brand after a rocky start—the coronavirus pandemic along with political and social unrest in the U.S. over the last year made for what Fieber in a letter to colleagues described as “one of the most challenging periods in a generation,” and heightened his desire to attend to his family in Europe.

Lidl said last summer it would open 50 new U.S. stores by the end of this year, making a $500 million investment that would get it to around 150 stores. That expansion, which included Best Market flips in metro New York and the reopening of acquired former Shoppers Food sites in metro Washington, is now all but complete. The coronavirus crisis and its attendant trend to limit trips to niche and specialty stores in the meantime is receding and food price inflation—historically, an ally to discount stores—is expected to be on the way.

Each time you see something going on in the economy, they win.

Gielens said she would expect Lidl could turn expansion efforts next to greater Atlanta, which currently has a small handful of stores—plus a few owned properties dating its initial but since-altered entry plan—but is also nearing the completion of a regional distribution center in nearby Covington, Ga. Reports indicate Lidl has expressed interest in Atlanta in occupying ground-floor sites in various mixed-use and housing facilities.

“Typically you’ll see them follow the distribution centers, Gielens says. “I’m quite convinced that they will expand further.”

Rumblings of “dramatic” food price inflation in the meantime could create more opportunity for shoppers to discover discount stores like Lidl, indicating Lagunionek and his new team could find plenty of opportunity to gain share in the years ahead wherever they do business.

“Each time you see something going on in the economy, they win,” says Gielens of hard discounters. “It sort of goes in shifts, and it always sticks, because the element that they typically use is that once you try them, and you learn about them, you probably will be convinced of the message that they’re giving here: that we do have a good quality, and it is much lower prices. What you see in a recession is the share of these guys goes up—and it doesn’t go down again.”

WANT BREAKING NEWS AT YOUR FINGERTIPS?

We will now shift to cover the coronavirus taskforce briefing, where public health officials are giving an update on the Omicron variant. The CDC … END_OF_DOCUMENT_TOKEN_TO_BE_REPLACED

CRUDE OIL OUTLOOK:Crude oil prices seesaw as OPEC+ opts to stay the course on output riseAll eyes on US jobs report ahead as markets consider … END_OF_DOCUMENT_TOKEN_TO_BE_REPLACED