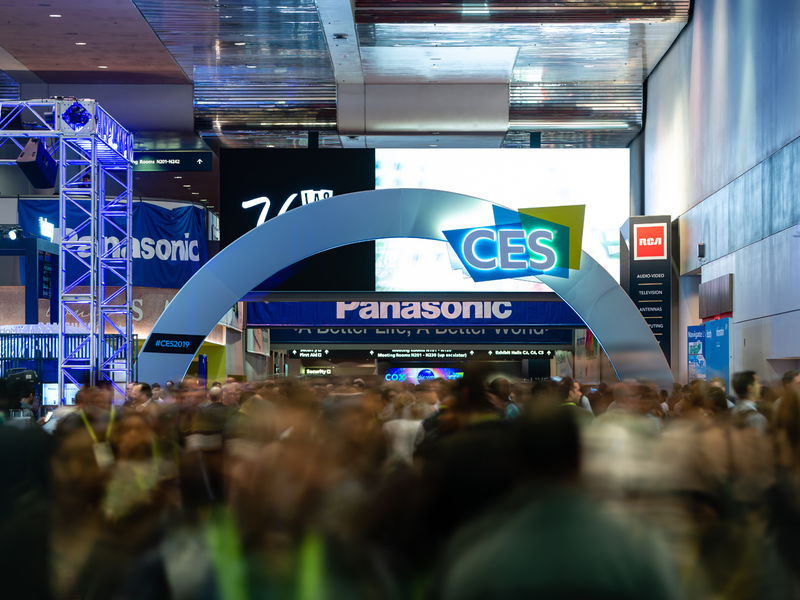 CES 2022 was always expected to be a smaller conference than usual given the hesitancy of brands and tech companies to fully get back to in-person events. But with renewed COVID-19 fears over the omicron variant, even that scaled-down show is in danger, and there have already been high-profile cancellations from big-name participants.

As of Tuesday, Meta (the Facebook parent company), Twitter, Pinterest and iHeartMedia became the first cancellations at CES. A person close to Pinterest confirmed that they will not be sending a contingent. Pinterest had planned a scaled-down activation from years past, but made the final decision to cancel.

Read more: How agencies and brands are dealing with omicron

Meanwhile, iHeartMedia canceled one of the most popular concerts planned for CES. The company sent out a notice to CES-goers that its show with Swedish House Mafia, scheduled for the night of Jan. 6, was called off.

“We were looking forward to seeing all of you,” iHeartMedia said in the notice. “But to keep our friends and partners safe during this unpredictable time, we’ve made the decision to cancel the event.”

Twitter, which planned to host a meeting space at The Cosmopolitan hotel, also said that it changed plans.

“With COVID cases spiking across the country, we’ve decided to cancel our in-person presence at CES next month in an effort to continue prioritizing the health and safety of our Tweeps and partners,” a Twitter spokesperson said by email on Tuesday. “Apologies for this late change. Like everyone else, we’ve been closely monitoring the situation and rethinking our options.”

On Tuesday, Meta confirmed that it was canceling an in-person CES. Meta was considering how it could shift some CES activities to the virtual world. “Out of an abundance of caution and care for our employees, we won’t be attending CES in-person due to the evolving public health concerns related to COVID-19,” a Meta spokesperson said by email.

The Consumer Technology Association, which organizes CES, was not immediately available for comment.

Many would-be attendees, who had been looking forward to a Las Vegas getaway to start 2022, have been rethinking plans, including large media holding companies, ad agencies, tech companies and smaller exhibitors. CES organizers have been hoping for a triumphant return to Las Vegas, and in-person meetings, at one of the industry’s largest events of the year. The show is still planned, but given the fears of a new wave of COVID-19, many participants are getting cold feet.

“It’s unlikely we will be there in person,” said a representative from a top advertising agency, who asked to speak on the condition of anonymity because plans were not finalized. “We only had a few people planning to be there on the ground anyway. If they still do move forward with the show in person, we’ll find a way to cover [it] and follow what’s happening from afar.”

A number of top ad agency executives and representatives of tech companies expressed similar reservations. Companies that just last week had been sending out invites to exclusive CES shows, concerts and dinners, were now “maybes.” “As of now we’re still going,” one top media holding company representative said on condition of anonymity. ”I think that could change this week.”

Meanwhile, as of late last week, MediaLink, which always has a large presence at CES, still planned to host its usual party that kicks off CES and its highly exclusive executive dinner. Michael Kassan, chairman and CEO of MediaLink, is one of the biggest connectors behind the scenes at events like CES and Cannes.

“People are going,” Kassan said in a phone interview last week. “Look we are, from a MediaLink perspective, we are full-on CES mode, doing the normal stuff that we do.”

After last year’s virtual CES, MediaLink is bringing back its in-person “C Space” at the Aria Resort and Casino in Las Vegas. C Space is a conference within CES, featuring panels with executives from top brands and tech companies.

“Everybody is concerned, nobody is being flip about it,” Kassan said, regarding the COVID-19 precautions that need to be taken, but MediaLink is planning floor tours at the Las Vegas Convention Center, dinners with executives, keynote speeches and the rest.

CES organizers have been planning a hybrid event all along, so contingencies have been in place from the get-go. Companies such as Procter & Gamble are hosting virtual online demonstrations, as well as showing off new consumer products in Las Vegas. As of Monday, P&G was still planning to showcase brands like OralB, Gillette, Tide and P&G beauty products. Spotify, meanwhile, sent out invites for an online-only panel, a virtual breakfast in the middle of CES week.

Last week, TikTok signed on as an official in-person CES exhibitor. On Tuesday, people familiar with TikTok’s plans said the company was reassessing whether it would attend the show.

Most of the major internet companies, like Meta, Snapchat and TikTok, had planned to send speakers to live panels at the C Space at Aria. Meta also had booths planned at Wynn Las Vegas, one of the prominent venues at CES.

Jeremi Gorman, Snapchat’s chief business officer, was on slate to speak at Aria’s C Space to discuss the future of 5G and media. And Snapchat has “hospitality suites” scheduled to operate at Aria, according to the CES schedule. Snapchat did not return a request for comment on whether its plans have changed, but a person close to the company said that it was likely to cancel in-person attendance at CES.

As of now, Google is on the CES schedule, planning to host an installation in the grand lobby of the Las Vegas Convention Center. On Tuesday, a Google spokesperson said by email that the company was “monitoring the situation closely.”

The mood among potential attendees has changed in the past few days as the world watched COVID-19 cases spike. The new surge in places like New York have led to disruptions in sports leagues like the NHL and the temporary shuttering of multiple Broadway plays, among other events.

A report in Crain’s Chicago Business said that the omicron strain of COVID-19 was altering many business plans, but there were signs of hope for CES. “United Airlines sees CES as a kickoff to a long-awaited return of business travel,” Crain’s Chicago reported on Monday. “The airline added 44 flights to Las Vegas to service the tech trade show. It kept the schedule intact even after the omicron variant was detected after Thanksgiving.”

CES is one of the most important tech and media industry events of the year, and organizers from the Consumer Technology Association planned to return to a hybrid, part in-person and part virtual, conference in January. The show is set to proceed from Jan. 5 to Jan. 8 with 2,100 brands and tech exhibitors on the agenda. CES expected about half the amount of people to attend in-person in Las Vegas. In 2020, the last time CES was held in person, there were 4,500 exhibitors, more than double the amount planned this year.

“Even if any given marketer cancels their physical presence at the last minute, they probably will have a back-up format for showcasing whatever it was they were showcasing, and they will still accomplish 80% to 90% of what they aimed to accomplish,” said Brian Wieser, global president of business intelligence at agency GroupM.

Jean Foster, senior VP of marketing and communications at the Consumer Technology Association, said that the big trends this year will be topics like space travel, crypto-technology and non-fungible tokens, food technology, robotics and artificial intelligence.

‘Fun from the floor’

“We have been saying all along that this is going to be a smaller show,” Foster said in a recent phone interview, “which is good because that allows us to spread out.”

The Las Vegas Convention Center is set to have more floor space, Foster said, “because the new West Hall has come online.” There will be larger walkways with more room to practice social distancing, and there will be more control over who can access CES spaces—checkpoints where people have to show badges, which ensures attendees are tested and vaccinated, Foster said.

Also, CES worked with Web Summit, another group that hosts large-scale tech conferences, to deploy its software to stream parts of the show online, Foster said. “So if people can’t join us in Las Vegas, they are going to be able to join us digitally,” Foster said. “We are going to be capturing some of the fun from the show floor.”

One company called Whalar, a tech startup that works with creators and influencers, which is typically active at CES, SXSW and Cannes, canceled over the weekend. “We were planning to send a group of six but decided to be extra cautious,” said Jamie Gutfreund, Whalar’s chief marketing officer. “It’s a big disappointment. We were all looking forward to kicking off 2022 with our annual pilgrimage to Vegas.”

Meanwhile, P&G was still set to attend Las Vegas, even if it sends a smaller contingent than it normally would, according to Maytal Levi, Procter & Gamble’s corporate communications manager. “I want to be clear that for P&G, the health and safety of our employees and partners remains the No. 1 priority while on the ground at CES,” Levi said by email. “We are following the data closely, guided by our medical team. We value the measures CTA has put in place to keep our staff healthy during the event.”

In a phone interview, Levi said that P&G was hoping to show off its innovations across a portfolio of brands, including a new Tide detergent engineered for space laundry. P&G is one of those brands that demonstrates how CES is an important event for discussing the future, and staying relevant. P&G also has a new Gillette razor designed with the luxury sportscar maker Bugatti.

“CES gives us the opportunity to demonstrate how we innovate in a way that resonates with consumers,” Levi said, “connecting our approach to innovation with products and services that people can use every day, and generating buzz around the products and insights that we’re proud of.”

SYDNEY, Australia — As 2021 drew to a close, many Australians were cautiously optimistic that the worst of the Covid-19 pandemic was behind them.The … END_OF_DOCUMENT_TOKEN_TO_BE_REPLACED