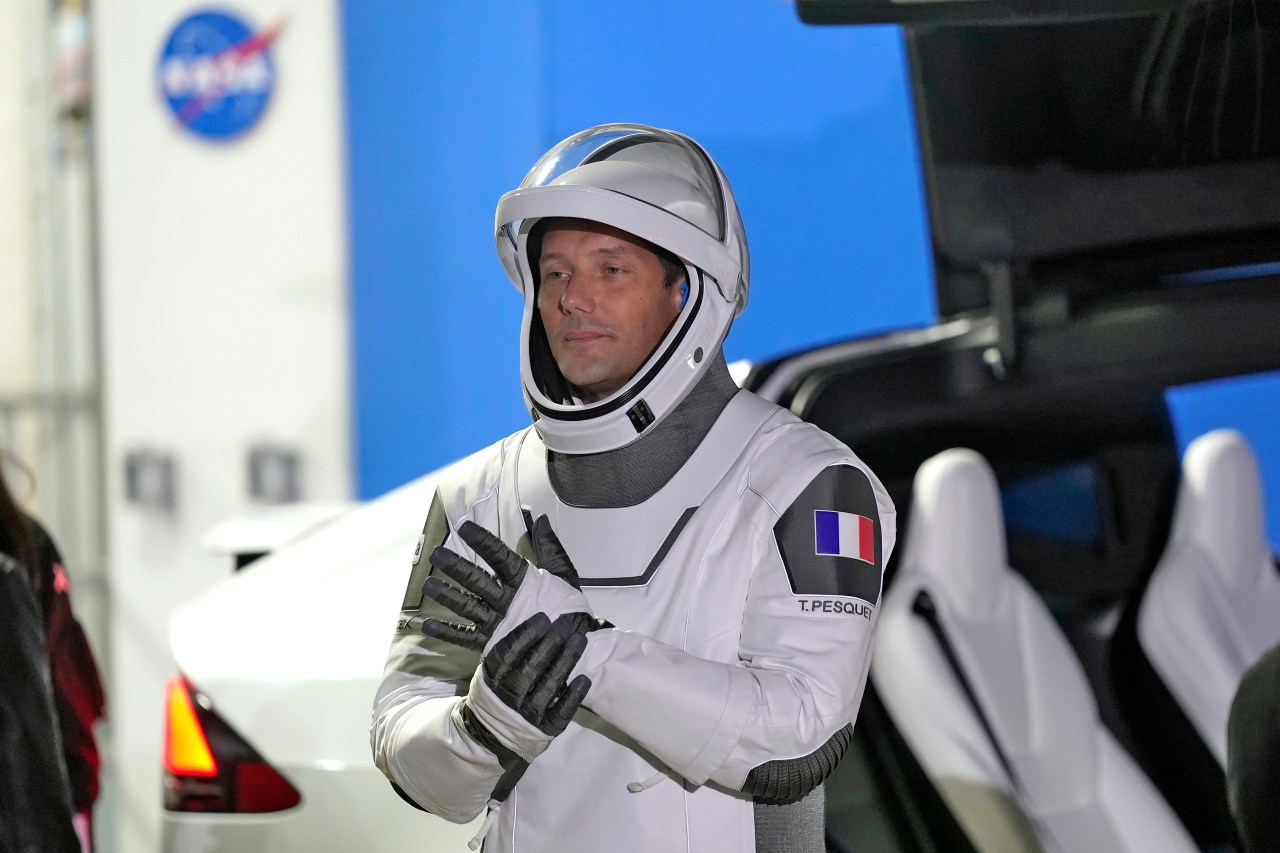 European Space Agency astronaut Thomas Pesquet of France, adjusts his glove as he talks to family and friends before a launch attempt at the Kennedy Space Center on April 23, 2021 in Cape Canaveral, Fla. Through the portholes of the International Space Station, Thomas Pesquet has an arresting view of global warming’s destructive repercussions that negotiators are seeking to tackle at the U.N. climate summit in Glasgow. (AP Photo/John Raoux, File)

PARIS (AP) — Entire regions of Earth in flames. Storms trailing destruction in their wake. And the haunting fragility of humanity’s only home floating like a blue — but also tarnished — pearl in the vastness of space.

Through the portholes of the International Space Station, French astronaut Thomas Pesquet has an arresting view of global warming’s repercussions. He used a video call from space to sound the alarm Thursday, as negotiators, government officials and activists continued meeting at a U.N. climate conference in Glasgow, Scotland.

“We see the pollution of rivers, atmospheric pollution, things like that. What really shocked me on this mission were extreme weather or climate phenomena,” Pesquet told French President Emmauel Macron during the call.

“We saw entire regions burning from the space station, in Canada, in California,” he said. “We saw all of California covered by a cloud of smoke and flames with the naked eye from 400 kilometers (250 miles) up.”

From space, “the fragility of Earth is a shock,” Pesquet continued. “It’s a sensory experience to see just how isolated we are as an oasis, with limited resources.”

This is Pesquet’s second mission to the space station. He also spent 197 days in orbit in 2016-2017. The destructive effects of human activity have become increasingly visible, he said.

“Year after year, we also know we are beating records for fires, for storms, for floods. And that is very, very visible. I very clearly saw the difference compared to my mission four or five years ago,” the astronaut said.

Macron said the goal for climate negotiators in Scotland must be to speed up humanity’s response.

“There is still a huge job ahead of us, and I think we are all aware of that,” the French leader said.

The political landscape in the United States is always evolving as administrations change and the White House looks forward to a new crop of faces. … END_OF_DOCUMENT_TOKEN_TO_BE_REPLACED

Southern California home prices continued a 1 ½-year, double-digit climb last month, setting a record for the 11th time in just over a … END_OF_DOCUMENT_TOKEN_TO_BE_REPLACED