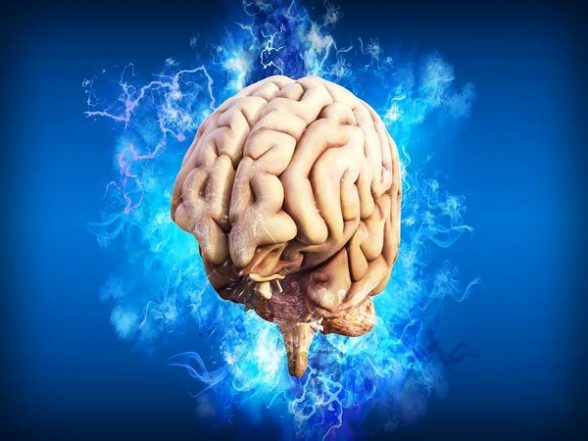 Washington [US], January 14 (ANI): Similar to our social media feeds, our brains are constantly uploading rich, visual stimuli. However, according to new research from the University of California, Berkeley, instead of seeing the latest image in real-time, we actually see earlier versions because our brain’s refresh time is about 15 seconds.

The findings, published in the journal Science Advances, add to a growing body of research about the mechanism behind the “continuity field,” a function of perception in which our brain merges what we see on a constant basis to give us a sense of visual stability.

“If our brains were always updating in real-time, the world would be a jittery place with constant fluctuations in shadow, light and movement, and we’d feel like we were hallucinating all the time,” said study senior author David Whitney, a UC Berkeley professor of psychology, neuroscience and vision science.

Instead, “our brain is like a time machine. It keeps sending us back in time. It’s like we have an app that consolidates our visual input every 15 seconds into one impression so we can handle everyday life,” said study lead author Mauro Manassi, an assistant professor of psychology at the Scotland’s University of Aberdeen and former postdoctoral fellow in Whitney’s lab at UC Berkeley.

For the study, Manassi and Whitney looked at the mechanism behind change blindness, in which we don’t notice subtle changes that occur over time, such as the difference between actors and their stunt doubles, or movie bloopers.

They recruited some 100 study participants through Amazon Mechanical Turk’s crowdsourcing platform and had them view close-ups of faces morphing according to ages or gender in 30-second time-lapse videos.

The images in the videos did not include head or facial hair, just eyes, brows, nose mouth, chin and cheeks, so there would be few clues, such as receding hairlines, to the ages of the faces.

When asked to identify the face they saw after viewing the video, the participants almost consistently picked a frame they viewed halfway through the video instead of the final one, which would have represented the most updated image.

“One could say our brain is procrastinating,” said Whitney. “It’s too much work to constantly update images, so it sticks to the past because the past is a good predictor of the present. We recycle information from the past because it’s faster, more efficient and less work.”

Indeed, the results suggest the brain operates with a slight lag when processing visual stimuli, and this has positive and negative implications.

“The delay is great for preventing us from feeling bombarded by visual input in everyday life, but it can also result in life-or-death consequences when surgical precision is needed,” Manassi said. “For example, radiologists screen for tumors and surgeons need to be able to see what is in front of them in real-time; if their brains are biased to what they saw less than a minute ago, they might miss something.”

Overall, though, change blindness reveals how the continuity field is a purposeful function of consciousness and what it means to be human, said Whitney.

“We’re not literally blind,” he said. “It’s just that our visual system’s sluggishness to update can make us blind to immediate changes because it grabs on to our first impression and pulls us toward the past. Ultimately, though, the continuity field supports our experience of a stable world.” (ANI)

A new study shows that through aerosol formation and growth, the forests are capable of mitigating climate change and have a regional effect on the … END_OF_DOCUMENT_TOKEN_TO_BE_REPLACED

Mermaid bounce house combo rental New Orleans. It has a slide, basketball goal and basketball goal. About to Bounce inflatable rentals. View About to … END_OF_DOCUMENT_TOKEN_TO_BE_REPLACED