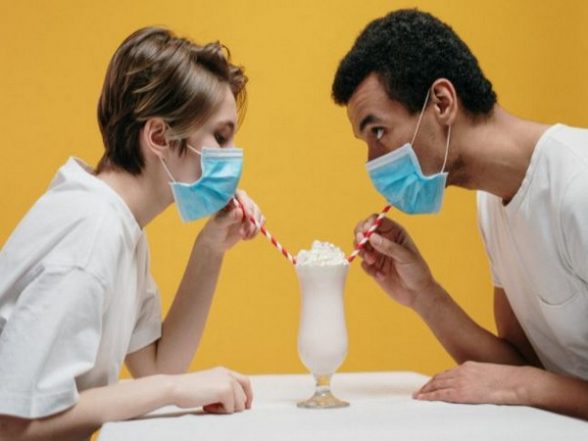 Washington [US], November 23 (ANI): A Houston Methodist study showed a rapid return of seasonal respiratory viruses after COVID-19 restrictions were relaxed in Texas, demonstrating the effectiveness of masking, distancing and other precautionary measures at stopping the spread of many respiratory illnesses, not just COVID-19.

The findings, titled ‘The reemergence of seasonal respiratory viruses in Houston, Texas, after relaxing COVID-19 restrictions,’ appeared this fall in Microbiology Spectrum, a bimonthly peer-reviewed scientific journal published by the American Society for Microbiology. S. Wesley Long, MD, PhD, medical director of diagnostic microbiology at Houston Methodist, is the corresponding author of the study.

This rise in non-COVID respiratory viruses to pre-pandemic levels came on the heels of Texas ending its mask mandate in early March and lifting restrictions on businesses, which could resume operating at 100 per cent capacity.

Further contributing to the spike in cases were the updated COVID-19 guidelines from the CDC in mid-May that caught many by surprise, giving the fully vaccinated license to resume activities without masks or distancing, though two months later reinstated masks for everyone when the Delta surge took hold in July.

“This sharp resurgence we saw of seasonal respiratory viruses in Houston was not surprising after mask mandates were lifted in Texas, and other precautions, such as social distancing and occupancy limits in stores, restaurants and events, were rolled back,” Long said.

He added, “Reports of non-COVID respiratory viral illnesses surging after COVID restrictions were lifted was a trend we saw happening throughout the US, as well as internationally.”

This relaxation of mask mandates, social distancing and decrease in vaccination rates ultimately led to the fourth surge seen in many parts of the country this summer and proved to be the worst surge of the pandemic to date.

When Long and his team noticed a cluster of seasonal non-COVID coronavirus infections diagnosed at Houston Methodist earlier this year in the spring, they pulled the data for the respiratory pathogens in Houston.

They found while rhinovirus and enterovirus infections started to rebound in the fall of 2020 after the capacity limits for bars and restaurants were relaxed in Texas, the seasonal non-COVID coronaviruses, parainfluenza and respiratory syncytial virus (RSV) were showing robust increases in cases during the four months after the mask, distancing and occupancy mandates were rolled back.

The study’s series of histograms illustrate the striking ebb and flow of non-COVID respiratory virus diagnoses in Houston through each stage of precautionary measures being enacted and relaxed. The research team observed a month-over-month increase in parainfluenza and seasonal coronaviruses.

Most notably, cases of RSV had increased dramatically in the summer months. From April to June, the Houston area saw an increase of over 200 per cent in RSV cases. Long notes similar increases in RSV had been seen elsewhere, notably in Australia, after COVID-19 measures were relaxed there. Since the study, which tracked these viruses through the end of June, the number of RSV cases peaked in July.

Long said his team also saw an increase in August and September in rhinovirus and enterovirus, but that these common cold viruses are declining now, since that rise in cases was likely related to schools reopening. He said these peaks were out of season, in part due to Texas removing its final COVID-19 restrictions.

“For more than a year, COVID-19 was the primary cause of respiratory illness in the U.S., but since restrictions were relaxed, it is important for clinicians to consider other respiratory pathogens may be causing spikes in disease outside of their usual seasonal peaks,” Long said.

Long added, “The study clearly demonstrates the utility of masks and social distancing and the effect these non-pharmacologic precautions had on suppressing all respiratory viruses, not just COVID-19.”

The researchers are now turning their attention to influenza and what to expect next with COVID-19, keeping an eye on whether we’ll see a dual-threat of COVID-19 and flu posing risks this fall.

“It’s too early to say for certain what to expect this flu season,” Long said. “For now, the flu is still fairly quiet in Texas and elsewhere around the globe, but we’re really just at the very start of flu season, as it often peaks more in the winter from December through February.”

He adds that while influenza is still very sporadic right now, it’s eventually just a matter of time before it comes back and could ramp up at any time.

Additionally, with Europe now experiencing its fifth surge in COVID-19 infections, Long is encouraging the community to get both their COVID-19 and flu vaccines as soon as possible to be prepared, because even influenza has a history of making healthy people severely ill. (ANI)

We will now shift to cover the coronavirus taskforce briefing, where public health officials are giving an update on the Omicron variant. The CDC … END_OF_DOCUMENT_TOKEN_TO_BE_REPLACED

CRUDE OIL OUTLOOK:Crude oil prices seesaw as OPEC+ opts to stay the course on output riseAll eyes on US jobs report ahead as markets consider … END_OF_DOCUMENT_TOKEN_TO_BE_REPLACED