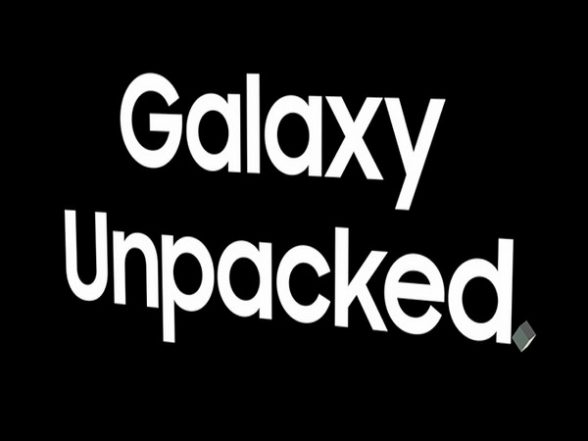 The event started at 7:30 pm IST on Wednesday. As ever, the South Korean giant stole the thunder with a ton of new products.

After a number of leaks and rumours, Samsung finally launched its updated ‘Z’ lineup comprising the Galaxy Z Fold 3 and the Galaxy Z Flip 3. The company also unveiled the Galaxy Watch 4 and Samsung Galaxy Buds 2, reported The Verge.

Also Read | Sayyeshaa Birthday Special: 5 Pictures of the Beautiful Actress With Her Hubby Arya That Prove They Are Made for Each Other.

Samsung’s flagship foldable has some new tricks up its sleeve, including support for the S Pen, IPX8 water resistance, and an under-display selfie camera for the main screen. It is powered by a Snapdragon 888 processor.

The Z Fold 3 is also getting an experimental setting that will allow any app to be used in the phone’s multi-window mode, even if the developers haven’t designed the app for it. It will cost USD 1,799 and be available on August 27.

The company also showed off the Z Flip 3, which has the same processor and water resistance as the Z Fold, but comes in at a much lower price, starting at just USD 1,000.

The phone is powered by a Snapdragon 888 processor and comes with 8GB RAM with either 128GB or 256GB storage. Coming to 5G, the phone will support both SA and NSA Sub-6Ghz and mmWave 5G.

There is a 3,300mAh battery and the phone comes with Android 11 and Samsung’s One UI 3.1. Plus, the device comes in seven fun colours! The Z Flip 3 will be available in stores on August 27.

Both watches have a new Exynos processor, but more importantly, they’re running a long-promised new OS — the product of Google and Samsung combining Wear OS and Tizen.

The watches also feature a wide range of health-related features, including sleep tracking. And if you were worried that a new OS and redesign would mean losing out on genuinely cool features from previous Galaxy watches, worry not. The Classic features the physical rotating bezel that’s been a staple for years.

Samsung also announced the latest in its lineup of wireless earbuds, and they will be coming in some fun colours including dark grey, white, purple, and green. The company also said that the Galaxy Buds 2 are the lightest in its lineup and that they’ll include active noise cancellation.

The Galaxy Buds 2 cost USD 149.99 and will replace the Galaxy Buds Plus in the company’s lineup. The Buds 2 will be available on August 27.

The new buds have got a design that’s similar to the more expensive Galaxy Buds Pro, only smaller. Also, like the Buds Pro, the Buds 2 have two-way drivers with a woofer and tweeter in each earbud that “deliver crisp, clear high notes and a deep bass.”

They set themselves apart from the older Buds Plus with the addition of active noise cancellation, and Samsung includes an ambient sound mode that lets you adjust how much outside noise is let through.

There is USB Type-C charging and a 61mAh battery in each earbud with an additional 472mAh in the case.

Battery life for the Buds 2 is up to five hours of continuous playback with noise cancellation enabled (or 20 hours including the case). Switching off the ANC can extend those numbers to 7.5 hours and 29 hours with the case, which supports wireless charging.

That doesn’t quite match the marathon 11 hours of nonstop listening that was possible with the Galaxy Buds Plus. Just don’t expect much in the way of water or sweat resistance, as these are only rated IPX2.

5. Notably absent from the event

Though new Galaxy Notes are usually announced around this time, we had a good idea that Samsung wouldn’t be making a new one this year. Instead, we saw the Note’s S Pen make its way to the Galaxy Fold.

The Note hasn’t stood out as it did in years past with Samsung making phones like the S21 Ultra that support the S Pen and rock a screen nearly as large. But it’s still considered Samsung’s most premium phone. It sure seems like the Z Fold 3 is the Note’s true successor. (ANI)

Mystery mummies from Central Asia have a surprising ancestry. These people, who displayed facial characteristics suggesting a European heritage, … END_OF_DOCUMENT_TOKEN_TO_BE_REPLACED

By Kate Bennett and Kate Sullivan, CNN The White House said Wednesday it would not be hosting a traditional Halloween celebration this year due to … END_OF_DOCUMENT_TOKEN_TO_BE_REPLACED