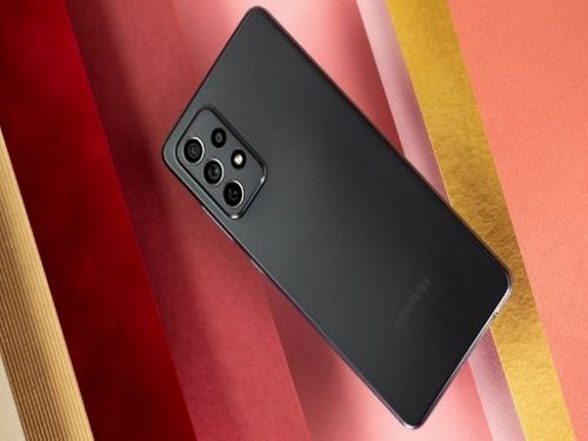 Washington [US], December 23 (ANI): The upcoming flagship of the Samsung Galaxy smartphone– A53 will have two chipsets, something which was a predictable development for the past few years.

As per GSM Arena, it seems like Samsung is looking to adopt the same strategy for one of its best selling mid-rangers. The upcoming Galaxy A53 will succeed the A52/A52s and A51, which were all Samsung’s best-selling mid-rangers. And the A53 is allegedly going to be offered in two versions, with two different chipsets, just like the flagship S series.

A source clarified the outlet that this is not a confusion stemming from there being both 4G and 5G iterations of the A53 – apparently, there’s only going to be an A53 5G. In some markets, like the US, this may show up with a new Exynos SoC (possibly marketed as Exynos 1200 upon launch).

Over there the A53 will have the model number SM-A536U. There’s also going to be an SM-A536B for Europe, and an SM-A536E for the Middle East, North Africa, and a number of Asian markets, including India. These models may come with differing chipsets.

The Galaxy A53 is expected to become official in March, perhaps alongside the Galaxy A33 and A73.

Johnson County will join Carter and Washington counties in a redrawn 3rd District of the Tennessee Senate.Meanwhile, Unicoi County will be moved out … END_OF_DOCUMENT_TOKEN_TO_BE_REPLACED

The IL-6 family of proteins has a bad reputation: it can promote inflammation, arthritis, autoimmune disease and even cancer. However, a new USC-led … END_OF_DOCUMENT_TOKEN_TO_BE_REPLACED

Biden came to office aiming to focus his foreign policy on the needs of the US middle class. Ending the pandemic, rejuvenating the nation, addressing … END_OF_DOCUMENT_TOKEN_TO_BE_REPLACED