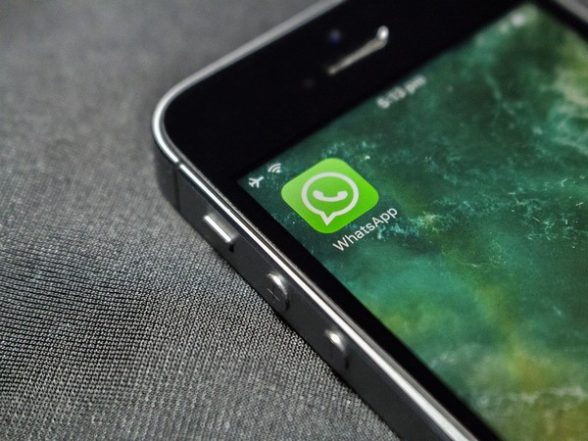 Washington [US], November 7 (ANI): Evidence is mounting that WhatsApp may be working on a Communities feature that could give admins the ability to create separate groups within a larger community.

According to The Verge, the Communities feature appears to give group admins more power over groups. This includes the ability to create groups within groups, which may be similar to how channels are arranged beneath an umbrella Discord community.

Admins may be able to invite new users via a Community Invite Link and then start messaging other members.

It’s hard to tell how exactly these chats might look right now, but as per reports, they appear to be end-to-end encrypted.

Also Read | Vicky Kaushal and Katrina Kaif Get Engaged at Kabir Khan’s Home Amidst Buzz of Their December Wedding – Reports.

It also looks like a subtle design change will help distinguish Communities from regular group chats. The community icons will be squares with rounded corners, a format that WhatsApp mistakenly enabled (and then quickly disabled) in October. There’s no word on when Communities will be officially rolled out.

By working on a Communities feature, WhatsApp may be trying to close the widening gap between it and other messaging apps like Telegram and Signal.

Earlier this year, WhatsApp’s new privacy policy caused confusion among users about what it would share with parent company Facebook, sparking a mass exodus to those other apps. When WhatsApp went down along with Facebook’s entire network of apps last month, Telegram gained a whopping 70 million users. (ANI)

One fundamental tenet of science is its embrace of uncertainty. At its heart, true science understands that one cannot be 100 percent certain of … END_OF_DOCUMENT_TOKEN_TO_BE_REPLACED

By Betsy Klein, CNN The White House will tout a series of positive milestones for the administration’s pandemic response Tuesday as the nation … END_OF_DOCUMENT_TOKEN_TO_BE_REPLACED