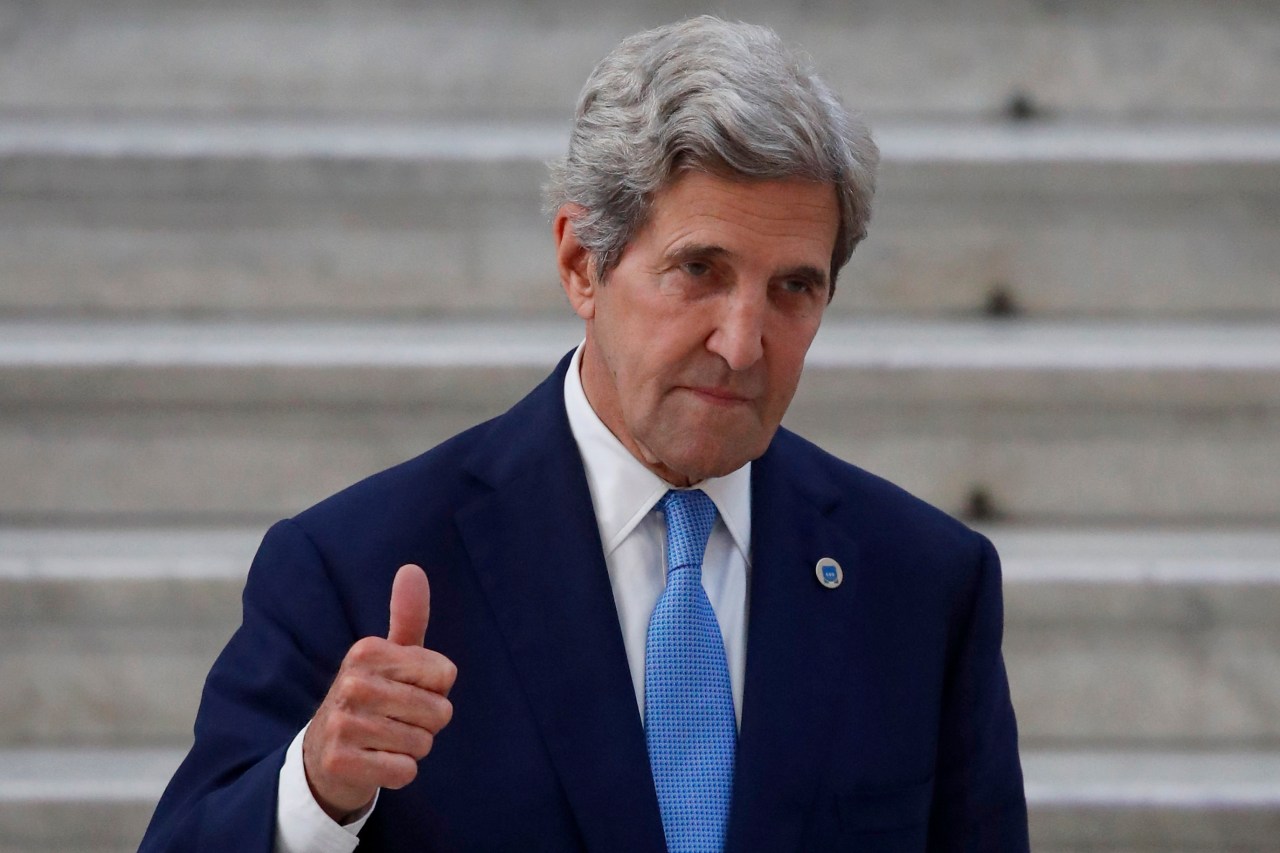 FILE – In this July 23, 2021, file photo, U.S. climate envoy John Kerry gestures during a photo opportunity with Italian Minister for Ecological Transition Roberto Cingolani, at Palazzo Reale in Naples, Italy. Kerry was in Tokyo on Tuesday, Aug. 31, 2021 to discuss efforts to fight climate change with top Japanese officials ahead of a United Nations conference in November. (AP Photo/Salvatore Laporta, File)

Foreign Minister Toshimitsu Motegi highlighted what he said was the importance of getting other major carbon emitters, especially China, to cooperate.

“China is the world’s biggest carbon emitter and the number two economy as well, and it is extremely important that we encourage China to firmly fulfill its responsibility to match its place,” Motegi told reporters after his meeting with Kerry.

Motegi added that he hoped Japan and the United States would lead global decarbonizing efforts at the U.N. conference to be held in Glasgow in late November, known as COP26, and beyond.

The United States is the second-largest carbon emitter. Japan is fifth.

Kerry arrived in Japan on Monday and will fly out on Tuesday evening to China for more climate talks — his second trip to the country during the Biden administration.

Kerry has called on global leaders to work together and accelerate actions needed to curb rising temperatures to no more than 1.5 degrees Celsius over pre-industrial levels. He urged China to join the U.S. in urgently cutting carbon emissions.

Suga has said Japan will try to push the reduction as high as 50% to be in line with the European Union.

In order to achieve that target, Japan’s Environment Ministry is seeking a significant budget increase to promote renewable energy and decarbonizing programs. The Trade and Industry Ministry plans to use large subsidies to promote electric vehicles and wind power generation, according to a draft budget proposal for 2022.

The Trade and Industry Ministry, in its draft basic energy plan released in July, said the share of renewables should be raised to 36-38% of the power supply in 2030 from the current target of 22-24%.

During his Sept. 1-3 China visit, Kerry is expected to meet with his Chinese counterpart, Xie Zhenhua.

Mystery mummies from Central Asia have a surprising ancestry. These people, who displayed facial characteristics suggesting a European heritage, … END_OF_DOCUMENT_TOKEN_TO_BE_REPLACED

By Kate Bennett and Kate Sullivan, CNN The White House said Wednesday it would not be hosting a traditional Halloween celebration this year due to … END_OF_DOCUMENT_TOKEN_TO_BE_REPLACED