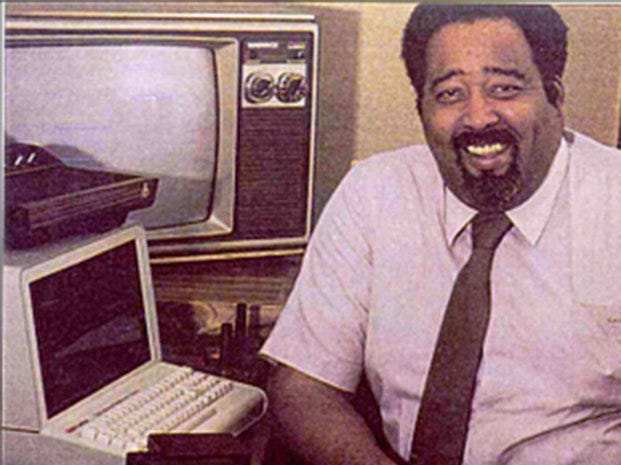 USC Games at the University of Southern California, ranked as North America’s number one games undergraduate program in 2021, is paying homage to gaming trailblazer Gerald “Jerry” Lawson by establishing an academic endowment in his name.

Lawson was a Black engineer who led the design of one of the earliest game consoles.

The Gerald A. Lawson Endowment fund was set up to help Black and Indigenous students who wish to pursue undergraduate or graduate degrees in video game design and computer science. Another goal for the fund is to help increase minority representation in the gaming and tech industry, Jim Huntley, a USC Interactive Media and Games professor, told Insider.
Take-Two Interactive, a New York-based publisher and creator of games such as “Grand Theft Auto V” and “Red Dead Redemption,” via its Rockstar Games label, was among the contributors of the initial seed funding, making a significant endowment to create the initiative.

“The reason why we’ve been championing the Lawson fund is because so much of today’s finding job opportunities is about your social network and the people you interact with on a professional, as well as a social basis. And a lot of those social connections are made during your undergraduate and graduate years in college,” said Huntley.

But if you’re underrepresented at universities across the country because of the cost of college fees rising, he added, you won’t have those connections that will get you on the inside track for job opportunities at gaming companies.

Bryant Young, a USC student studying computer science, echoed these thoughts. He told Insider: “We are more than qualified but often the high price of tuition prevents people from going.”

When industries are not particularly diverse, usually the conventional wisdom that follows is companies recruit as actively as they can in underrepresented communities. But it’s very competitive because everyone is doing the same thing, said CEO of Take-Two Interactive, Strauss Zelnick. “Our hearts are in the right place but the talent just isn’t there, and our view is – what do we need to do to make sure the talent is there?”
Take-Two Interactive has been involved in every part of the educational journey for students who wish to enter the gaming industry. Among many initiatives, the company is involved in middle schools, by supporting STEM programs, especially for young girls. These programs include “Girls Make Games” and “Games for Change.”

“Hopefully, what we’re doing is going to increase the universe of potential candidates and that universe will benefit our competitors as well as ourselves,” Zelnick said. “This is not a particularly selfish exercise.”

“We know though, that we don’t want a zero-sum game, we want to change the game to ensure diversity becomes commonplace,” he added.

Boka Agboje, an undergraduate studying Interactive Entertainment at USC, said he is encouraged by the USC Games Program taking this first step. “We need to continue to support all efforts to tear down the barriers black and brown students face when working to enter the games industry.”

“One thing you hear in interviews across the games industry is the importance of a “culture fit.” When for too long the “culture” in many studios has been developed primarily by white men, candidates of color are placed at a quiet but pervasive disadvantage,” Agboje added.

Looking ahead, Noah Lee, an Interactive Media and Game Design student at USC, said: “I hope that students will be able to believe that by being granted the scholarship they are being encouraged to continue to pursue their education.”

Lawson, the fund’s namesake, was a key innovator in the video gaming industry. Aside from his work on the Fairchild Channel F Console, he also led the team that invented interchangeable ROM game cartridges, per VentureBeat. A month before his passing in April 2011, Lawson was celebrated as an industry pioneer by the Interactive Game Developers Association.
His contributions are also on permanent display at the World Video Game Hall of Fame at the Strong National Museum of Play in Rochester, New York.

Huntley, who is striving for change, said: “We really need more industry partners to take the perspective of Take-Two of investing in the future that everybody wants to see which is more diversity, more equity and inclusion from an industry perspective long-term.”