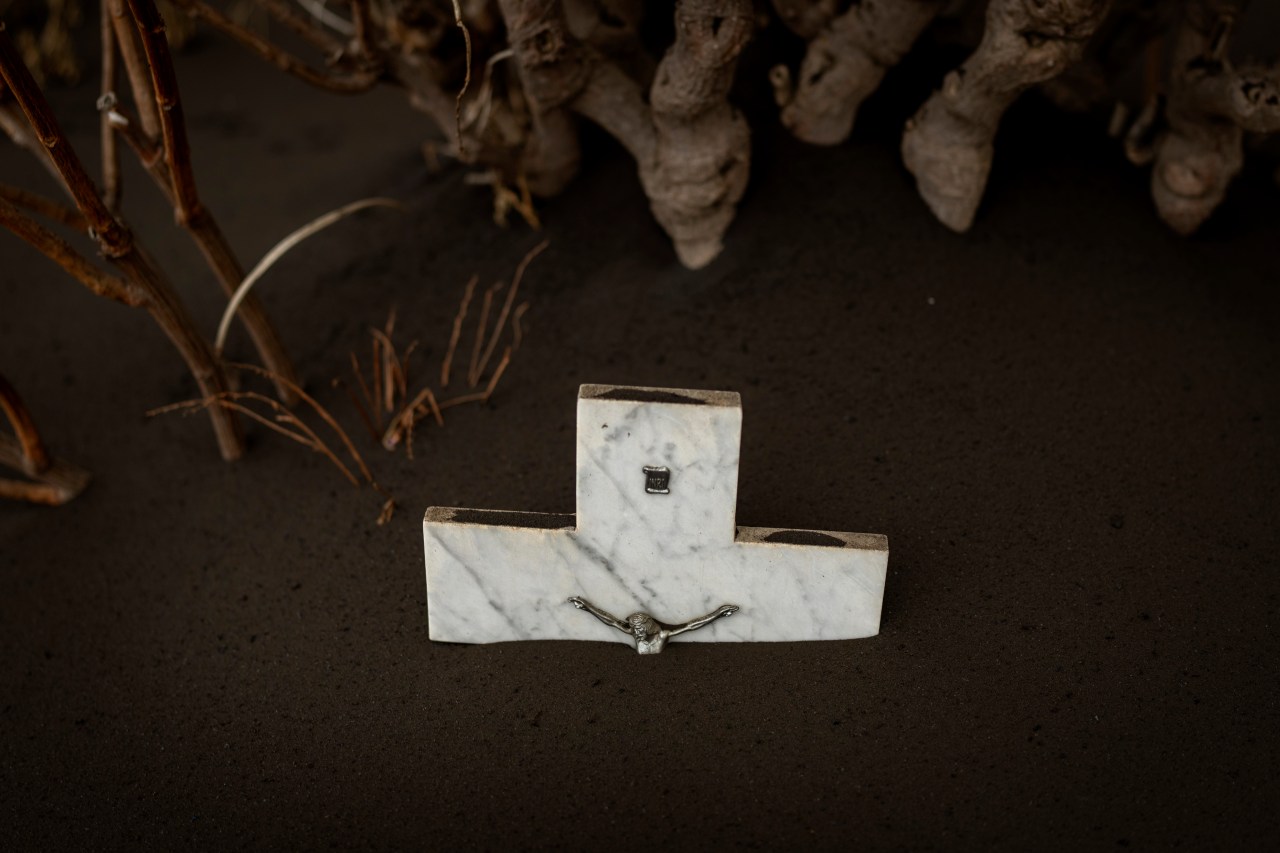 Ash covers the graves at the La Palma cemetery as volcano continues to erupt on this Canary island, Spain, Friday, Oct. 29, 2021. An erupting volcano in the Spanish island of La Palma continued to emit vast amounts of magma, gases and ash, after days of intense seismic activity and more than five weeks since it erupted. (AP Photo/Emilio Morenatti)

LOS LLANOS DE ARIDANE, Canary Islands (AP) — A volcano on the Spanish island of La Palma that has been erupting for six weeks spewed greater quantities of ash from its main mouth Sunday, a day after producing its strongest earthquake to date.

Lava flows descending toward the Atlantic Ocean from a volcanic ridge have covered 970 hectares (2,400 acres) of land since the eruption began on Sept. 19, data from the European Union’s satellite monitoring service, showed. On the way down the slope, the molten rock has destroyed more than 2,000 buildings and forced the evacuation of over 7,000 people.

But authorities in the Canary Islands, of which La Palma is part, have reported no injuries caused by contact with lava or from inhaling the toxic gases that often accompany the volcanic activity.

Experts said that predicting when the eruption will end is difficult because lava, ash and gases emerging to the surface are a reflection of complex geological activity happening deep down the earth and far from the reach of currently available technology.

The Canary Islands, in particular, “are closely connected to thermal anomalies that go all the way to the core of the earth,” said Cornell University geochemist Esteban Gazel, who has been collecting samples from the Cumbre Vieja volcano.

“It’s like a patient. You can monitor how it evolves, but saying exactly when it will die is extremely difficult,” Gazel said. “It’s a process that is connected to so many other dimensions of the inside of the planet.”

Signs monitored by scientists —soil deformation, sulfur dioxide emissions and seismic activity— remained robust in Cumbre Vieja. The Spanish Geographic Institute, or IGN, said that a magnitude 5 quake in the early hours of Saturday was not just felt on La Palma, but also in La Gomera, a neighboring island on the western end of the Canary Islands archipelago.

IGN said the ash column towering above the volcano reached an altitude of 4.5 kilometers (15,000 feet) on Sunday before heavier wind scattered it. Many nearby towns and a telescope base further north that sits on a mountain at 2,400 meters above sea level (7,800 feet) were covered in a thick layer of ash.

The eruption has also turned the island into a tourist attraction, especially as many Spaniards prepared to mark All Saints Day, a Catholic festivity that honors the dead, on Monday.

Local authorities said some 10,000 visitors were expected over the long weekend and 90% of the accommodations on La Palma were fully booked. A shuttle bus service for tourists wanting a glimpse of the volcano was established to keep private cars off the main roads so emergency services could work undisturbed.

One fundamental tenet of science is its embrace of uncertainty. At its heart, true science understands that one cannot be 100 percent certain of … END_OF_DOCUMENT_TOKEN_TO_BE_REPLACED

By Betsy Klein, CNN The White House will tout a series of positive milestones for the administration’s pandemic response Tuesday as the nation … END_OF_DOCUMENT_TOKEN_TO_BE_REPLACED